Can Wheat Save the World? 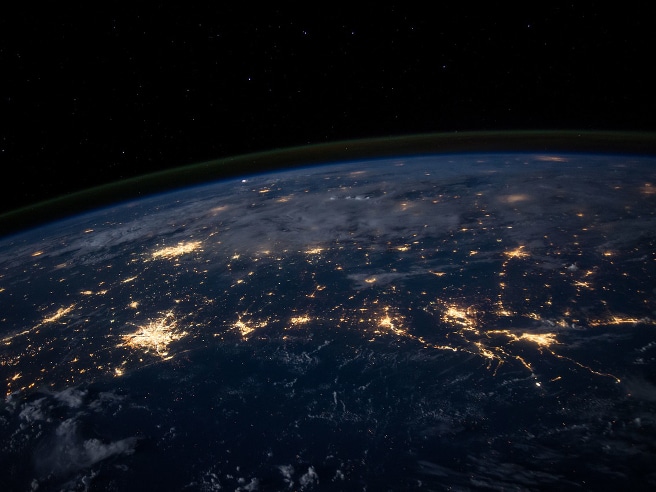 The wheat genome is way more complex than the human genome — can we figure it out in time to feed a growing world population?

A half-century ago,  human beings took their first steps on the moon.

At first, it’s hard to imagine what that has to do with wheat, but for attendees of the first International Wheat Congress held in Saskatoon, Sask. earlier this year, the connection was apt.

“I was 12 years old when that happened. Being a young child and seeing this on a small black-and-white TV was impressive. Two men walked on the moon, but the fact is, the moon landing was the result of 500,000 people working together,” said Martin Kropff, director-general of the International Maize and Wheat Improvement Center (CIMMYT), who spoke on the opening day of the congress.

“If we can put a man on the moon, we can solve 800 million people going to bed hungry every day. Wheat is a crucial part of that challenge.”

Hosted by the University of Saskatchewan, the event brought together 900 researchers, agronomists and other scientists from 50 countries to talk about all things T. aestivum and T. turgidum.

The challenges ahead were the main focus as attendees zeroed in on the fact the world population is growing and more food is needed, specifically cereals — which Kropff said will comprise a third of all calories and protein in the human diet in the future.

But for food prices to remain constant, annual yield gains in wheat would have to increase from 1.2 to 1.7%.

Feeding the World Without Destroying It

As noted by Tim Searchinger, senior fellow at the World Resources Institute (WRI), the reality is that agriculture occupies half the world’s vegetated land. That means for agriculture, the sheer task of feeding the world is a huge challenge for biodiversity and ecosystems — especially since agriculture produces a quarter of the world’s greenhouse gas emissions.

Searchinger presented the WRI’s recent report Creating a Sustainable Food Future, for which he was lead author. It is laid out as a five-course menu of solutions to ensure we can feed 10 billion people by 2050 without increasing emissions, fueling deforestation or exacerbating poverty.

Searchinger noted that between 2010 and 2050, food production must rise 56% in order to feed a growing population — and reduce greenhouse gas emissions by two-thirds in the process.

Wheat can play a huge role in that, he said.

According to the report, to provide continuing yield gains, breeding will need to become more nuanced.

“In the past, much yield gain in the major cereals like wheat resulted from shifting biomass from vegetative parts to seeds and shortening and stiffening of the stems so they could support more grain (resulting from higher fertilizer application) without falling over. These traits, which were largely responsible for the Green Revolution, are in some cases reaching their biological limits; crops can only grow so close to one another before they have no more space, and crops can only direct so much of their growth into edible portions before they will no longer stand upright,” the report’s authors state.

“These limits, plus the need to boost crop yields even faster than in historical trends, present the crop breeding challenge.”

As a result, four major related opportunities exist to increase crop yields through improved breeding: speeding up crop breeding cycles, marker-assisted and genomics-assisted breeding, improvement of “orphan” crops, and genetic modification. Searchinger emphasized that all these technologies play a role in creating new wheat for the world.

According to the WRI report, the world probably devotes only around 1.4–1.7% of agricultural GDP to agricultural research and development, which is less than the rate of total research spending relative to the total global economy (2.1%).

Richard Gray, agricultural economist at the University of Saskatchewan, gave a talk titled “Successes and Failures in International Wheat Royalty Collection”. He said strengthening plant breeders’ rights through royalty collection is one way to ensure more stable funding for variety development, an initiative currently underway in Canada through an attempt to create a value creation system via either a trailing royalty or end-point royalty.

But there are challenges. According to Gray, UPOV 1991 Plant Breeders’ Rights alone has generally failed to create a viable private wheat breeding industry.

“Producer support is an essential element of increased royalty collection and support has come where producers have some long-term ownership in wheat breeding programs,” he said. “Public and producer partnerships have played an important role in providing additional breeding resources while enhancing knowledge sharing.”

“Wheat is in terms of acreage the largest crop on our globe. Wheat is needed for food, feed and materials in countless ways and wheat is a staple food for around two billion people, many of whom live in [developing] countries. Research has to play its role to deliver know-how, improved production tools and improved cultivars to make wheat production sustainable,” he said.

“Challenges are plentiful, as they have always been. Certainly, the more erratic weather extremes will be an important issue, cultivars need possibly more resilience and buffering capacity than before. Heat stress is very likely to increase. Also, resource efficiency — particularly nutrient efficiency, such as nitrogen and phosphorous efficiency — will gain more relevance. And wheat production is expanding into non-traditional areas, such as sub-Saharan Africa — which means production systems need to be established for these regions.”

Creating a new generation of wheat that is tolerant to heat stress, drought stress, excess moisture and a constantly-evolving army of pests will require ongoing efforts to collaborate globally — which in many ways is already happening. University of Saskatchewan researchers — led by wheat breeder Curtis Pozniak who helmed the event’s Canadian organizing committee — played a key role in mapping the wheat genome as part of an international consortium.

“There are over 110,000 genes in bread wheat. Employing new technologies like gene editing will depend on how we can dissect complex traits to identify the genes that underlie them and how those genes work together. We’re standing on the cliff of the next frontier in wheat. Now that we know what the genes are, we need to know how they work and interact with each other.”

Also during the event, Genome Canada announced an investment of $11.2 million to go toward some exciting new research spearheaded by Pozniak and fellow wheat researcher Sylvie Cloutier of Agriculture and Agri-Food Canada.

Known as 4D Wheat: Diversity, Domestication, Discovery and Delivery, this research will use wild-wheat relatives and elite germplasm along with industry-leading genomic techniques to better understand wheat’s genetic potential. The study will also examine the economics and policies of using wild-wheat germplasm sources and germplasm from international sources.

Find Out Why We Awarded These 3 Cutting-Edge Seed Technologies