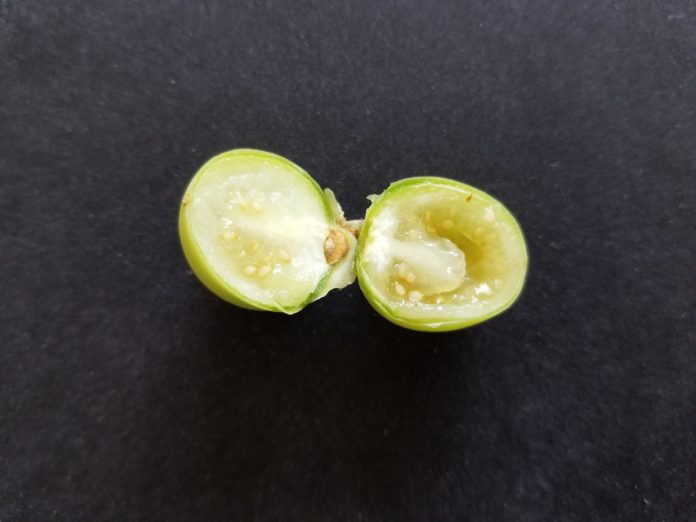 The potato breeding world is taking in the whole picture when it comes to diploids.

The words diploids and true potato seeds have been popping up a lot in the potato research and breeding worlds. And while it may seem like something far off in the future, it’s coming, and it has the potato breeding industry looking closer at just how that future may look.

“Essentially, we need to work together. And there’s a lot of room to work in precompetitive space. We’re going to end with a sort of call to action that says, okay, let’s try to band together as a potato community and solve some of these big problems that are too big for any one group,” Josh Parsons, research development associate and principal scientist with FritoLay, explained at the virtual Potato Association of America annual meeting.

“Genes in potato are typically very heterozygous, meaning that you can get multiple combinations of genes within each set of chromosomes. If you cross two heterozygous plants, you can get a fair amount of variation within the family,” Dennis Halterman, research geneticist with the United States Department of Agriculture (USDA) Agricultural Research Service, says.

However, most diploid potatoes are incompatible. Meaning they won’t produce true potato seed when pollen from an individual plant is placed on flowers of the same plant, Halterman says.

Once self-compatibility genes are introduced, and the variety become highly homozygous inbred lines, they become parents. In this breeding scheme, two inbred lines are crossed to generate true potato seed of a new variety.

“In order to rapidly increase the number of individuals that we use to plant a crop, we rely on starting from seed derived from plants grown in greenhouses where disease pressure is low. Instead of relying on seed tubers coming out of the field,” Halterman explains. He adds this immensely speeds up the potato seed duplication process.

Using true potato seeds from diploids helps reduce disease risk. Seed tubers can carry disease and can transfer it on to future crops. There are also storage concerns as seed tubers must be stored correctly in order to not cause disease.

“The potatoes can only be stored for one crop year, you could store them over the winter, but you can’t store them another year. If you want to maintain the varieties, you have to maintain them in tissue culture,” Amy Charkowski, a professor in the plant pathology department at Colorado State University, says.

Despite diploids having only recently become mainstream industry news, the potato breeding world has known about them for decades. However, recent research is helping make them a more viable breeding option.

“Part of the story is we do know more about self-compatibility, we have some tricks that allow for self-compatibility to be manipulated in ways that we didn’t have before,” Paul Bethke, a plant physiologist with the USDA, says.

There are also advanced tools for molecular genomics and genetics, such as CRISPR, which are allowing for new things to be done with potato breeding that couldn’t be done before.

Diploid potatoes won’t be hitting the commercial market anytime soon though as there’s still plenty to sort out.

“The cost of seed is unknown. Of course, the profitability of everything is based starting with the cost of seed,” Bethke explains. “How much it costs to produce those seeds — it’s going to depend on in part where they’re produced. Are they going to be produced overseas, or they’re going to produce locally?”

There are also questions about how the seed would be propagated. Multiple scenarios could be done, Bethke says. Seed could be grown in greenhouses and then plants distributed as is done with tomatoes. Those plants could also then be grown in fields to produce seed tubers as is done currently, which could help bring down seed costs.

“But of course, as the cost goes down, also, some of the benefits of diploid potato may decrease, in particular, concerns about picking up disease increase with time in the field,” Bethke explains.

An industry that has gone through a similar change is that of the potato’s vegetable cousin — the tomato. David Francis is a professor in the department of horticulture and crop science at Ohio State University whose research focuses on tomatoes.

“If the industry switches, you’ll find more true seed-borne diseases, which is going to lead to issues of testing, and a seed market that’s subject to perturbation,” Francis explains.

Shipping true potato seed around the world could cause regulation issues. Francis says testing requirements could prevent seed shipments as there may not be access available to those tests.

“True seed potato breeding is going to drive potato breeding from the public sector towards the private sector. It took several decades for this to happen in the tomato world, you could even argue a half a century, so there’s not going to be an imminent change, but there will be a slow and steady change,” Francis says.