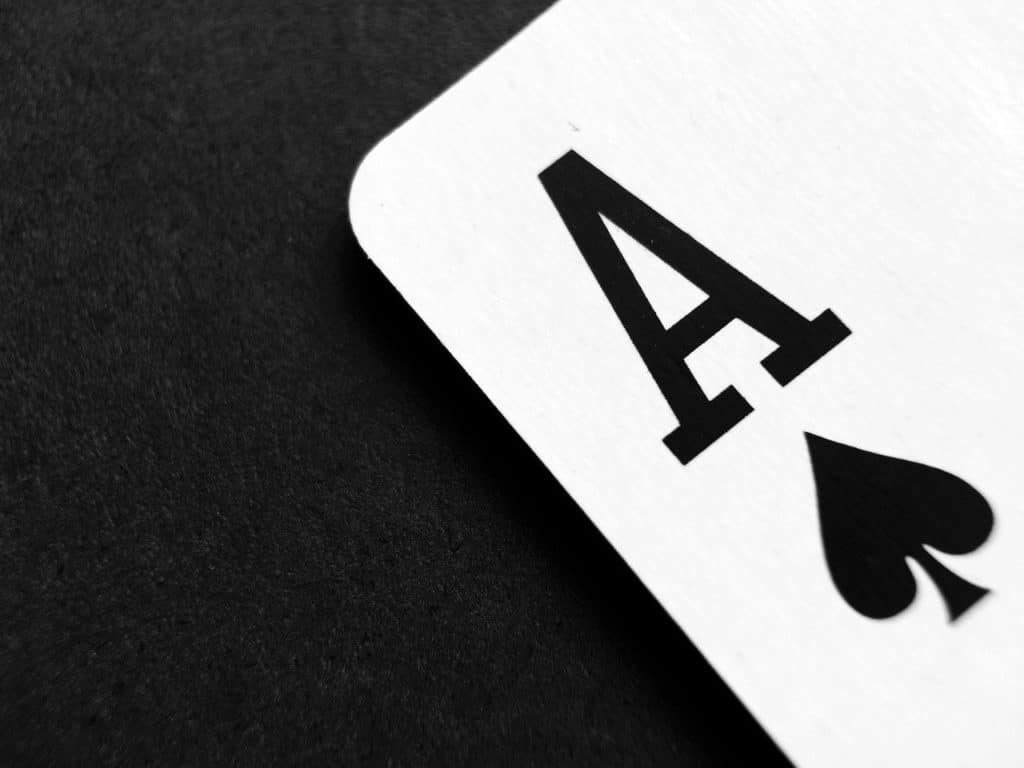 Partnering with “independent” breeders to create new varieties is the latest effort by Farmers Business Network to boost its stake in the seed industry.

A dual focus on “open-source” breeding and creating partnerships with “independent” plant breeders is the driving force behind the latest expansion of Farmers Business Network (FBN).

After it announced its acquisitions of the Manitoba-based Haplotech as well as the Canadian canola breeding program and pipeline of San Diego-based Cibus back in the fall, the company is forming the FBN Independent Breeder Network, which according to a news release from FBN “will give farmers more choice, competition and transparency in their seed options, and breeders an open source for collaboration and a clearer path to market.”

FBN goes on to say the new wing of its business “will boost ROI for independent growers while providing breeders with a range of benefits that will support direct collaboration and open new channels for market access.”

According to Daniel Dyer, head of seed R&D for FBN based in Florida, the Independent Breeder Network will use the concept of open-source development, which will see FBN test what it calls independent breeder germplasm and hybrids, with the option for FBN to in-license and commercialize with royalties within a defined range to independent breeders — breeders who are not under contract to produce new seed varieties for any single company.

FBN says it will also make its proprietary germplasm available for network partners to use in breeding new germplasm, with both FBN and the network having rights to further commercialization.

“Small breeders bring a lot of big thinking to the game, and we can really benefit from that. This sort of model isn’t unique to agriculture — it also gets used a lot in the pharmaceutical industry. Drug companies work with individual scientists who come up with great ideas, and then the drug companies — what is often called ‘big pharma’ — develop them and sell them. And I think that model can apply in agriculture as well,” Dyer says.

“The problem is — and this is what we’re trying to solve — the independent breeders have all the creative thinking but don’t have access to two critical resources. One is the best germplasm, which is by and large controlled by a few major companies because they invested a lot of money to get there. The second resource is the big data sets that it really takes these days to be able to make the best breeding decisions. Those data sets are guarded very closely, too.”

Dyer — who from 2005-2018 served as head of seed product development for Syngenta — says FBN wants to “break open this innovation space by making sure that that there’s a more level playing field.” Its acquisitions of Haplotech and the Cibus Canadian canola breeding program, Dyer says, will allow FBN to break into the seed space like it hasn’t been able to in the past.

Getting into the Seed Game

FBN announced its foray into seed by launching its F2F Genetics Network in the United States in 2018, marking the occasion with the release of five conventional corn seed varieties and four glyphosate-tolerant soybean varieties.

But the company has had difficulty convincing seed companies to offer their brands through FBN’s networks in the U.S. and Canada, where they also supply herbicides and fertilizers and offer users access to precision ag data.

Dyer says the Independent Breeder Network allows the company to create new seed varieties which, when combined with the data FBN users have access to, will allow FBN to provide farmers with a suite of products and services for less than what is offered currently on the market.

He says members of the FBN Independent Breeder Network will have access to data specialists and access to large sets of data on molecular selection to do their work.

“WE SEE VALUE IN DIFFERENT BUSINESS MODELS. FROM MY STANDPOINT, IT’S REALLY ABOUT PROVIDING FARMERS WITH THE CHOICE TO PURCHASE TRAITS THE WAY THEY WANT TO IN THE SEED BRANDS THEY WANT TO, AND, AND AS AN INDEPENDENT TRAIT DEVELOPER, CIBUS IS ABLE TO HELP FARMERS ACCOMPLISH THAT.”

“The intent is pretty simple — let’s open up the innovation space. There’s no single right way to do things in this space. Of course, this will benefit FBN and its users and the breeders who work with us to create new varieties, but we also see it benefiting the industry even more broadly.”

FBN launched a pilot program last fall to test germplasm and try out breeding combinations from initial network members. At press time, no breeders from the pilot project were willing to speak to media due to what FBN said was the fear of reprisal from within the industry.

Dyer says there’s no rush for breeders working with FBN to go public.

“As everyone knows, even with new technologies, breeding is a long-term game. You’ll start to see some real impact of this on our product portfolio for the 2023 season. There’s a lot of prep work to do. The biggest genetic advances that have ever happened in the corn space have come when unrelated germplasm pools have been bred together. That’s what we’re currently building.” 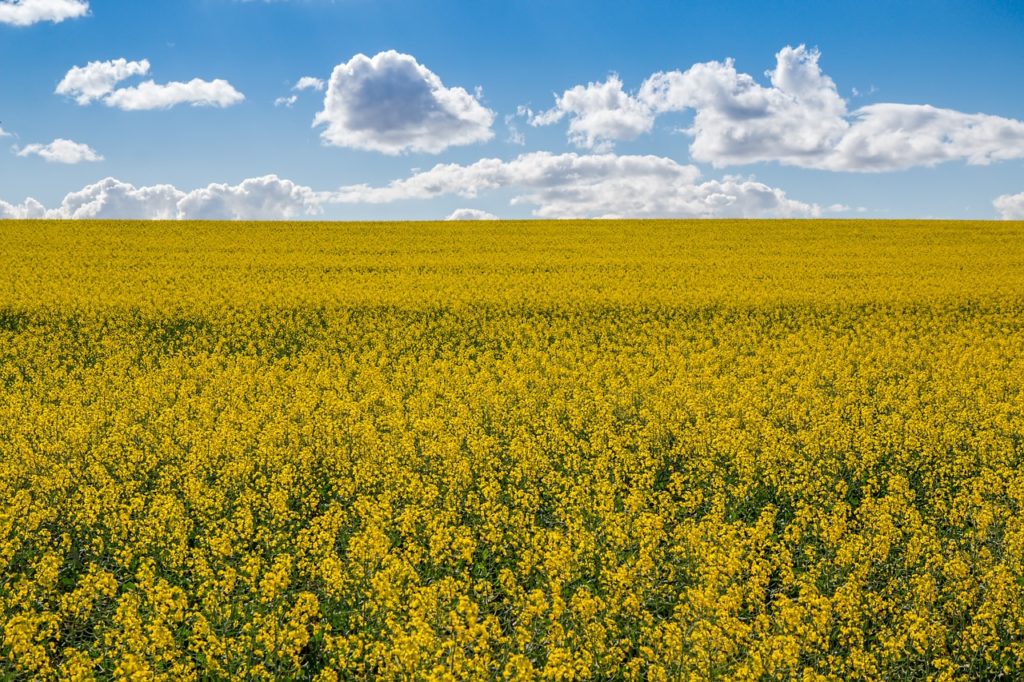 According to FBN, its acquisition of the Cibus Canadian canola assets and its purchase of Haplotech will “help bring increased competition to the seed industry” and also opens the door “for unprecedented collaboration with other seed developers that need elite germplasm to enhance their own programs, and supporting independent developers with promising traits that have had, until now, no clear path to market.”

For Cibus, developing traits has formed the basis of its operations in both the United States and Canada. According to Norm Sissons, the company’s vice-president of seed and traits based in Winnipeg, the next step is focusing more of those efforts on bringing traits to market. Sissons also formerly served for Syngenta, as global crop business head.

“THE BIGGEST GENETIC ADVANCES THAT HAVE EVER HAPPENED IN THE CORN SPACE HAVE COME WHEN UNRELATED GERMPLASM POOLS HAVE BEEN BRED TOGETHER.”

Sissons says the company is focusing its business on developing traits in key input crop categories in the largest global crops: canola, rice, soybean, corn and wheat. The decision to divest its canola seed breeding assets to FBN is part of a strategic refocus.

In 2019, Cibus launched its Falco seed brand, offering North American canola growers four new canola varieties. Sissons says the brand was able to help the company demonstrate its germplasm to potential licensees and show them the value of its traits. The sale of its Canadian canola breeding assets to FBN is the next step in that refocus, he says.

As part of the deal, Cibus has provided FBN with a license to its canola pod shatter reduction trait upon commercialization.

“We see value in different business models. From my standpoint, it’s really about providing farmers with the choice to purchase traits the way they want to in the seed brands they want to, and, and as an independent trait developer, Cibus is able to help farmers accomplish that,” Sissons says.

As part of its purchase by FBN, the entire Haplotech team will become FBN Canada employees. In addition to its Winnipeg headquarters, Haplotech also has field capacity elsewhere in Western Canada and in Chile.

Haplotech founder and president Rale Gjuric will lead FBN Canada’s seed R&D team. Gjuric previously served as the director of the Plant Breeding Academy at the University of California, Davis.

“For too long, canola farmers have been subject to industry consolidation, leaving them with fewer price choices,” Gjuric said in a statement. “We’re excited to join FBN Canada and provide a path to commercialize canola seed and bring Canadian farmers true market competition for their business.”

The acquisitions also highlight the innovative agricultural research being conducted in Winnipeg, Dyer says. Canola was first developed at the University of Manitoba in the 1970s.