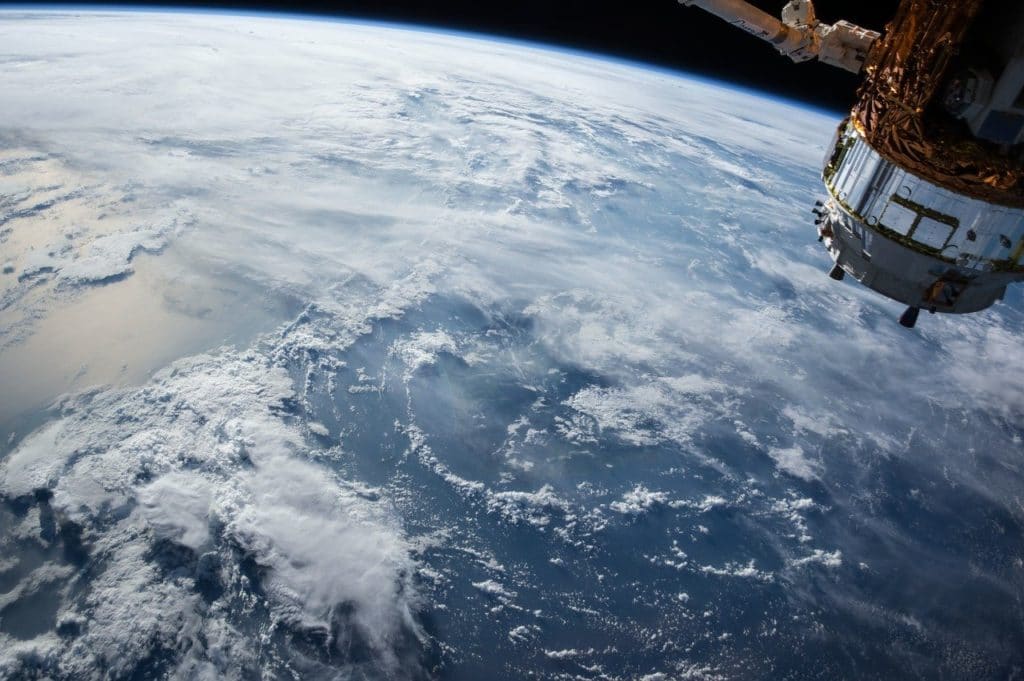 While the events of the past year have amplified global health concerns, it’s important to remember that plants can get sick, too. A healthy world relies on a sustainable, nutritious food system, and that starts with seed health.

“By making sure that seeds are healthy, we are trying to ensure healthy crops because plant health starts with seed health. Seeds are the foundation for crop production and therefore seed health is inextricably linked to food production. Healthy seeds, free from known seed transmitted pathogens, are a prerequisite for sustainable food production,” says Rose Souza Richards, Seed Health Manager for the International Seed Federation (ISF).

Plant health is increasingly threatened, with climate change and human activities altering the ecosystem and reducing biodiversity. This creates new niches where pests can thrive. In fact, FAO estimates that up to 40% of food crops are lost annually due to plant pests and diseases.

“Keeping seeds, and consequently plants, healthy is crucial to ensure sustainable agriculture and food systems, as well as to protect the environment and ecosystems,” Souza Richards says.

Gary P Munkvold, Co-Director of the National Seed Health System (NSHS) Administration Unit at Iowa State University Seed Science Center says one of the most important aspects of sustainable agriculture is accomplishing food production needs without resorting to increasing chemical applications. Maintaining plant health is crucial, and that begins with the seeds themselves.

“There is a lot going on to improve seed health, but one of the key concerns is establishing the best methods to use when testing. If we don’t agree on the methods used, how can we accept each other’s results?” Munkvold asks.

Collaboration across the industry is essential and the International Seed Health Initiative for Vegetable Crops (ISHI-Veg) facilitates those conversations by bringing seed companies, institutions and laboratories together to exchange information and develop new seed health tests that will ultimately be internationally recognized as reference methods and accepted as industry standards.

“The vegetable seed industry considers a collaborative development of seed health methods to be of mutual benefit for the whole seed-supply chain and, therefore, a non-competitive subject,” Souza Richards says.

“There is an ISTA/ISF working group to facilitate continued collaboration between ISTA and ISHI to support the seed industry on disease issues and test methods,” Jones explains, adding that ISTA methods are validated in interlaboratory tests in collaboration with both official governmental laboratories and seed company laboratories.

The Seed Health Committee (SHC) of ISTA has defined guidelines for validation of methods based on the study of performance criteria.

“If the seed is tested using one method before export in one country, and then tested using a different method on import in another country, they may get different results. It creates a lot of uncertainly to move those seeds around,” Dunkle says. In some cases, seed may be tested five or more times while en route to its final destination.

One example of this problem is the Tomato Brown Rugose Fruit Virus (ToBRFV), which was first reported in late 2019 in production fields and greenhouses in many countries, such as Mexico, Germany, U.S., the Netherlands and Italy.

“As a new disease, there are now over 25 countries regulating for it, using a potpourri of molecular seed health testing methods,” Dunkle says.

“Each country will run each of those testing methods and compare the results to figure out which one or two will be the most consistent and then recommend those to the rest of the world,” Dunkle says.

ISHI-Veg has also identified 6 validation criteria against which the performance of the methods is measured.

While governments and other organizations are often willing to work together, these efforts still take time.

“Through the use of these methods and our expertise we strive to assist seed companies in their risk management, advocate for the seed industry on seed health related issues and facilitate the international movement of seeds,” says Frank Claessens, chairperson of ISF’s Seed Health Group Board and board member of BASF’s vegetable seed business.

“Ideally, the test should distinguish between the presence of viable and non-viable organisms,” Claessens says.

Claessens explains that while indirect testing methods such as PCR and High Throughput Sequencing (HTS) or Next Generation Sequencing provide a faster, simpler, and relatively inexpensive way to signal the presence of a pathogen, they do not yield any information about pathogen viability and are not sufficient to prove pathogenicity.

ISF maintains these results can be viewed as a pre-screening, whereas a negative result in an indirect test requires no additional testing to confirm that the seed lot in question is healthy. However, because indirect tests will detect proteins and nucleic acids from dead and inactivated pathogens that are unable to transmit disease, a positive result only indicates that the seed lot is suspected of being infected with the target pathogen, not that it actually presents an active risk.

“To ensure a correct assessment of the health status of a seed lot and avoid unwarranted phytosanitary regulations based solely on molecular or serological results, these technologies should be used as a pre-screen and in combination with other assays, including a direct test,” Claessens says.

The seed industry plays a significant role in gathering and sharing knowledge on plant pests.

“It’s really important to understand the ecology of the pests and pathogens so you can understand ways you can prevent problems without having to resort to options that are potentially more detrimental to the environment,” Munkvold says.

The ISF Regulated Pest List Initiative (RPLI) is one important resource for the seed industry with 12 vegetable crops listed and another two to be included in the next two months. It provides information on regulated pests if seed is a pathway. For those pests for which seed is a pathway or where the pathway is not yet conclusively proven, the database provides information on detection and risk mitigation.

ISTA also has a reference pest list specific to seed borne diseases, available on its website. Currently, 11 crops are listed on the ISTA website and 33 are under progress.

Dunkle says that while ASTA is collaborating on the ongoing RPLI efforts, they also have their own pest list that is categorized by the pest itself, rather than the commodity. The pests in the ASTA database are associated with seed species not yet represented in the ISF database and are ones that have caused shipment disruptions for ASTA members. They currently have around 450 completed.

These lists serve as important resources for the industry as well as regulatory bodies when assessing the risk of seed as the means for the movement of pathogens and pests. For the majority of regulated pests, seed is not a pathway.

“On average, for 77% of the pests regulated on seed for the vegetable crops listed in the RPLI, seed is neither a pathway nor a host for the pathogen,” Claessens says.

Ultimately, Dunkle sees these two lists merging together to be publicly available to everyone to help reduce unnecessary testing. One example of this is testing carrot seed for Candidatus Liberibacter solanacearum (LSO).

“Our industry has said carrot seed is not a pathway, but governments were still requiring carrot seed to be tested. The research we’re compiling shows that while you can find trace amounts of the pathogen in seed, there is no data proving if you plant a carrot seed with LSO that it transmits to plant,” Dunkle explains, adding that New Zealand is no longer requiring testing for this, and Japan is set to cease its testing requirement as well.

“Consequently, 14 pests of these five crops were removed from the country’s list of regulated pests. Import permits for seed of these crops have now been changed accordingly as well,” Souza Richards says.

Unnecessary tests not only waste time and cause confusion with importing and exporting, but the last year has made them especially problematic.

“One of the impacts we’ve noticed on seed health testing through the pandemic is that a lot of the supplies we need are the same ones needed for Covid, and that has made them harder to get and drives the cost up as well,” Dunkle says.

With seed health organizations and teams working around the world to create healthy seed, challenges are met with dedication and passion.

“We can’t underestimate the importance of healthy plants relative to sustainable agriculture. Everything starts with the seed, with high rates of germination, productivity, resistance to pests and diseases, as well as plants that require the fewest amounts of inputs,” Dunkle says.

In Europe, the banning of Methyl Bromide allowed a nematode Ditylenchus dipsaci to resurge, and it became a re-emerging pest.

The National Seed Health Accreditation Pilot Program (NSHAPP) is a voluntary collaborative effort between the seed industry and USDA APHIS for testing imported seed for pathogens of phytosanitary concern. Under this program, participating seed companies agree to test their seed using an approved method prior to planting.

The cucumber green mottle mosaic virus (CGMMV) is the first pathogen to be tested under this program, with imported cucumber, melon and watermelon seeds being screened for the pathogen.

“The testing labs are all accredited by ISTA and NSHS and they are reporting their results here to us at Iowa State, and we send that information onto APHIS. If they get a positive result, those lots are either destroyed or shipped back,” Munkvold says.

So far, the voluntary program has been successful.

“We’ll have to keep testing for a while to eradicate it completely, but the disease is under control,” Munkvold says.

Seed companies are in the business of creating healthy seed and initiatives support that goal. Best practices used during crop production are designed to protect seed from exposure to pests and diseases, and have the potential to manage and significantly reduce overall pest risk.

“If seed contains unwanted pests including weeds or other foreign germplasm, seed quality is compromised,” Souza Richards says. Not only does this hurt the customers, but also the seed industry, and ultimately food security.

“With seed as one of the most critical inputs to agricultural production, farmers, governments, researchers and the seed sector are similarly seeking solutions to the agricultural and ecological challenges facing our world. We know that this cannot be done in isolation,” she says. “It is only through our collective and conscious efforts that we will make a difference.”

When is a Novel Food Novel? That Question is Finally Being Answered