Lentils Are Having a Moment 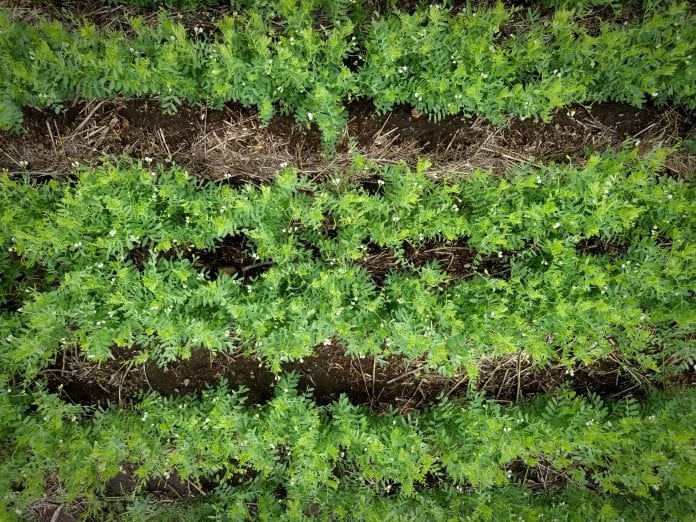 Plant-based meats, quinoa, acai berries and kefir. If you do not know what those items are, they are food trends that have made a splash among middle-class American families in the past decade. Lentils are another crop caught up in this food trend moment.

“Lentils and other pulse crops are non-GMO, and the perceived health benefits have increased the market for both types of crops,” says Nonoy Bandillo, an assistant professor and pulse breeder at North Dakota State University. “Lentils are becoming hot now because of human nutrition; they are relevant sources of important nutrients, protein, carbohydrates, micronutrients, vitamins and fiber. As part of demographic growth and urbanization, consumer behavior changes and they prefer healthier foods.

“From a sustainability standpoint, lentil is an important rotational crop for sustainable agriculture,” Bandillo adds. “They require less water and reduce the need for nitrogen fertilizers because they have the ability to fix nitrogen gas from the air and store it in their roots.”

“As cool season crops, lentils grow very well in environments where it’s cooler, such as the Dakotas, Montana, Washington and Idaho,” Bandillo says. “More than 90% of U.S. lentil production comes from that area.”

Lentils are also an excellent crop for those farmers who are looking to better manage their nitrogen applications while reducing production costs.

Bandillo’s team is focusing their research on improving the amounts of iron and zinc in lentils, to help improve human health.

“Our goal is to develop cultivars of peas, lentils and chickpeas that are adapted for the Northern Plains region,” Bandillo says. “With lentils, our major focus is to increase seed quality by enhancing its micronutrient profile and protein content.”

Currently pulse producers receive discounts for their lentil and pea harvests when protein levels are less than 22%.

“From a breeding perspective, we’re trying to improve lentil genetics,” he adds. “About half of lentil productivity is due to good genetics. If growers could plant varieties with good genetics, that is a great start. One of our goals is to increase nutritional quality of lentils by improving its iron and zinc content. I also think of breeding high-protein lentils. Consumers have developed interests in plant-based protein. Pulse crops have emerged as a frontrunner. We can also develop high-protein lentils with a nutritional profile best suited for making plant-based burgers. Maybe those varieties will be in demand by farmers and processors in the future.

“Another half of lentil productivity is through good agronomic practices,” Bandillo continues. “Planting density, timing of planting, how much and what fertilizers and herbicides to use all contribute to the economics of growing lentils. In addition to breeding pulse crops, part of our long-term goal is to reduce the environmental impact of agriculture. Meaning, along with the aim of maximizing yields, we would like to reduce agronomic practices that adversely affect the environment, such as the application of herbicides and costly fertilizers. Cropping systems involving pulse crops can be a cheaper and more sustainable alternative to conventional practices.”

Saskatchewan’s industry is starting to see some of the consequences of growing lentils too often in the same fields, in the form of root diseases.
Click To Tweet

Not the Easiest Crop to Grow

Farmers who choose to grow lentils have to evaluate multiple factors when choosing which varieties to plant, says Charlie Cahill, a farmer seedsman who works with lentil breeders, buyers, processors and academics.

“Because lentils shell out very easily and are a sensitive plant, they can’t just be left out in the field like corn,” Cahill says. “Lentil breeding has helped farmers improve harvestability.”

There is a constant struggle amongst lentil farmers, processors and chefs when it comes to growing a variety of crop that will pay and be desired by consumers.

“That dance happens daily, trying to figure out how to get the highest yielding product that meets the specific qualities needed by the end user,” Cahill notes. “In the areas where lentils are grown, farmers have other choices of crops to plant on those acres. I grow 9-10 different crops on my land.”

One of the big aspects of the “dance” between farmers, processors and end users of lentils is that there are a large number of varieties to choose from.

“Every country and culture has a lentil they like best,” Cahill says. “Red lentils are the most commonly grown and consumed lentils in the world, although green lentils seem to be preferred in the United States, although America is not a large lentil consuming country.”

Because there are a lot of lentils going different places, processors have a challenging job to find the varieties they need, despite dealing with the current trade situation, which has greatly affected lentil exports.

In this price discovery market, the medium green lentil is still the most widely grown lentil in the United States.

“Processors will end up selling what they have,” Cahill says. “Some lentil varieties have been driven by farmers, and elevator managers have had to figure out a place for that crop to go.”

There are some challenges with lentil breeding, according to Bandillo. First, genetic diversity is the driver of plant breeding. In our breeding pool, there is limited diversity, meaning little opportunities to select from. Progeny will likely be similar to their parents, so if we could cross two diverse lines with good genetics, that will be a promising start for increasing yield and protein content.

“With limited diversity, if a major, virulent disease comes up, all of them could possibly be wiped out by the disease,” Bandillo says. “Farmers could possibly gain no yields, and therefore, they would have less to no profits at all that season.”

“That’s probably our biggest issue in the future,” Cahill says. “The U.S. lentil industry is quite young, only 50 years old or so in the Pacific Northwest. Saskatchewan’s industry is starting to see some of the consequences of growing lentils too often in the same fields, in the form of root diseases. Areas where those root diseases are showing up are growing.”

While lentils have been able to make growers more money per acre, Cahill worries that there will be long-term problems if they are not managed differently.

“We need to examine what we could do on multiple levels — breeding, herbicides, chemistry, fertility, etc., to manage those root diseases,” he says. “Lentils share the same diseases as field peas, so it’s not just one crop at risk

Bandillo adds that lentil varieties could be developed to grow under dry conditions, in case of drought.

Bandillo and his team are utilizing new technologies to speed up the development of new lentil cultivars — a process that usually takes 10 years for conventional breeding.

“Our goal is to shorten that process to 7-8 years,” Bandillo says. “We leverage a combination of new technologies for breeding. We evaluate speed breeding that permits breeders to turnover generations and reduce the length of the breeding cycle. We test genomic selection that allows the prediction of new breeding lines using only the genetic information. We also explore the utility of drones for disease resistance screening, so we know which ones are best to use for selection.”

Bandillo notes that farmers also can utilize drones and cameras to take photos that assess damage and replant lentil crops, if needed.

The nutritional content of lentils is of great interest to consumers, who are more focused on health and wellness than ever before, says Chef Michael Smith, host of Chef Michael’s Kitchen, Chef at Home and Chef Abroad on Food Network Canada.

“In my younger years as a chef, I didn’t understand nutrition as it relates to food you cook,” Smith says. “But when I became a parent, I became more interested in that side of cooking. Today, grains, legumes and lentils are what we now think of as plant-based cooking.”

Smith has observed that today’s savvy consumers are seeking a more plant-based approach to food, which he says is becoming the new norm.

“Consumers understand that the biggest thing they can do to have a real effect on the climate is through their food choices,” he says. “Generation Z is pushing food trends, and they are looking to get away from processed foods.”

Lentils are an obvious choice for consumers who are looking for a good nutritional source of protein that is simple and easy to cook with and inexpensive, says Smith.

“Lentils taste good, too. They have an earthy, warm meatiness to them,” he says. “If you can cook rice, you can cook lentils. Lentils have the holy trio — they’re inexpensive, healthy and convenient.”

Smith notes that lentils are a favorite of consumers because they require low inputs so are seen as being good for the soil and environment.

“Consumers tend to stick with two basic kinds of lentils,” Smith adds. “There’s an old-fashioned green lentil, or red lentils, which are an awesome convenience food.”

Red lentils can cook even faster than rice, so Smith says he serves them in his home once or twice a month.

“You can toss green lentils into soups and stews or cook them together with brown rice for a quick, easy side dish,” Smith says. “Canned lentils may not be your first choice, because a little nutrition is lost in the canning process, but the micronutrients and fiber are still there.”

Smith is also quick to point out that lentils have been a success story for farmers, particularly in Canada. Cahill agrees, noting that lentils are also being grown now in Colorado and Nebraska.

“Lentils have been a profitable crop in the Northern Plains for quite a few years,” Cahill says. “The top 4 counties for growing lentils are in the northeastern corner of Montana and North Dakota.”

In years to come, we’ll have to see if lentils stand the test of time, or if their moment in the spotlight fizzle out.

Scientists have identified a natural variation in a gene that influences sodium content in barley crops, a finding which may help advance the development...
Read more
Food

While wheat is considered a more challenging crop, breeders around the world are working to improve wheat’s genetic potential. Globally, wheat is a gold-medal crop....
Read more
Podcasts

What Cereal Pathology Has in Common With COVID-19