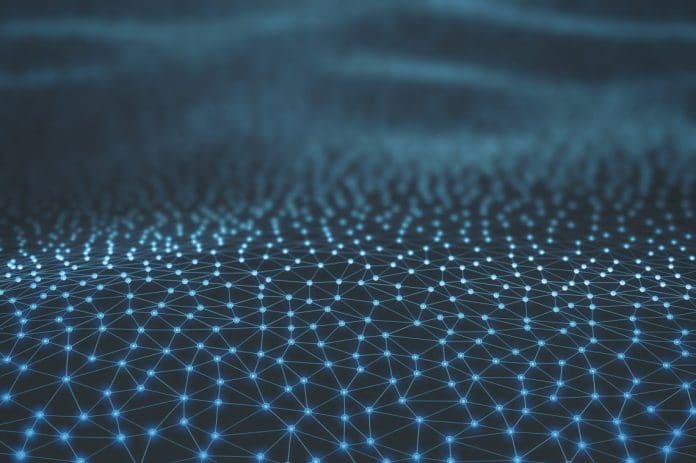 Software and analytics expert, Claudia Roessler, shares her insight on ag tech — where the industry is today and what’s to come.

For most, Microsoft isn’t a company name synonymous with agriculture.

“Most would be surprised to learn of the investment Microsoft is making in both technology and initiatives around sustainability, people-skilling, and bringing connectivity to rural areas,” says Microsoft Director Azure Strategic Partnerships, Claudia Roessler, in a recent AGI SureTrack CoffeeTalk. “We work with organizations that want to bring tech and digital services to the ag industry.”

As part of the engineering group working to build the ag platform roadmap for Microsoft’s FarmBeats, Roessler helps ag companies build digital strategies that rely on aggregated data to solve specific production problems. And in her newest role as board member for Ag Growth International (AGI), Roessler is helping to steer ag technology and on-farm solutions with her expertise in software development and digital services and her global view of the agriculture industry.

“It’s not about bringing products to customers. It’s about bringing services to customers,” she says of a farmer’s need to find value in the ag technologies they adopt. “When you look at AGI’s SureTrack, it is one of the most comprehensive suites I have seen; it really takes farm management that looks into the farm aspects and the financial aspects and puts them together in a holistic suite.”

She shares that she is excited about what is to come when the possibilities of Microsoft and AGI’s deep expertise in agriculture and equipment are leveraged to work together.

Roessler also says that she sees ag tech remaining a scattered market for the foreseeable future, noting the drivers that continue to segment the space.

“From my perspective, there are two things happening. One, it’s a pretty new industry; we think of agriculture as being 10,000 years old — and it is — but ag tech is only a few years old. It’s normal in the beginning to have many players, and it’s important because those many players drive fast innovation. Secondly, the industry somewhat is still in the first stage – a stage of (data) ‘gathering’. From there, we are moving beyond gathering data to finding insights,” she says. “The true value is though, when you go from insights to predictions. So instead of seeing what’s happening now, data will tell me that there is something that is going to happen. But to get to this stage, it’s important that all of this information isn’t sitting in silos that can’t be accessed. That’s where we are today, and farmers are frustrated by it.”

And to be clear, Roessler notes that Microsoft has been working in the agriculture sector for far longer than five years, but she bases her estimation on the monumental advancements and value propositions delivered to the farm over the past five years.

A connected farm is a farm that can solve the specific problems an operation has, and those problems vary across the size, crop, scale and sectors that make up the production agriculture landscape. Roessler cites in the conversation an apple grower delivering decades of management experience, combined with precision agriculture.

“The connected farm isn’t about replacing those (experienced) individuals; it’s about bringing all of that data together to allow you to collect just enough information to solve the problem,” she says. “It’s about creating a feedback loop that tracks our decisions, all influencing factors and over time allow us to learn, improve our practices and find what matters for your farm.

“And some of the most significant technology advancements only happened in the last decade – such as processing large amounts of data at the speed and cost needed – such as genomics or large amounts of image data,” Roessler says.

As an example, Roessler shares the vast improvements seen in imagery data in just the past few years. She cites a 2017 initiative in which the Microsoft environmental sustainability team worked with the Chesapeake Land Conservatory to update their maps by using image recognition and satellite images. The team was able to update seven-year-old maps, which previously were updated manually and were at 30-meter resolution. The team brought the maps down to 1-meter resolution in only a few days by using satellite image data.

“Today, that same Microsoft team is launching a Planetary computer, that will help with what can be observed by images such as climate, biodiversity and agriculture challenges such as predicting pest infestations, surplus rainfall, drought conditions, and other atmospheric trends,” she says.

Yet another Microsoft team is tackling the challenges of rural connectivity, using TVWS TV White space or the unused broadcasting frequencies between television channels, to transmit data on farms where there is no broadband available. TVWS is both a cheaper and faster way to deploy internet connectivity, compared to traditional fiber, and the technology can travel long distances.

The FarmBeats platform then brings different data inputs such as from satellite, drones or sensors and allows for decision-making opportunities.

All of these solutions create viable opportunity for improvement on the farm, and as more technologies are adopted, they become more affordable.

Roessler says that every farm should be thinking about the things they are growing and doing on the farm, and where data collection can make a difference — not just on the farm, but in the value chain.

“A connected farm goes beyond the farm,” Roessler says. “We see that with AGI SureTrack, it’s about seed and harvest and storage, but it’s also about what the goal is for the grain beyond the farm and bringing in external data to make those decisions.”

Knowing the value of grain, even before the seed meets the soil, being able to make the management decisions needed to maintain grain characteristics throughout growing, harvest and storage and then having the ability to share that story with the rest of the value chain and the end consumer is where Roessler says farms can find the greatest value from a connected farm.

And if you think about grain in another, context, perhaps as a high-quality leather article, Roessler says the value of that story becomes even clearer.

“If I’m a seller of a high cost leather article, is it worth being able to trace back to the farm the leather came from? Absolutely. That’s how I prove authenticity, sustainability and that it was ethically produced,” she says.

And from a food safety perspective, being able to trace back to a specific field, rather than a region, is a huge advantage for every stakeholder in the value chain.

“What we are going to see is a combination of having good data — from strategic sensors and probes on the farm — and then we augment the missing piece with data and analytics,” says Roessler. “One thing about value chains, once established, you get so much use out of it.”

Roessler shares a Microsoft case study involving the company’s work with coffee-giant Starbucks’ coffee-grower program. The goal, from the outset, was to show the consumers, where their cup of coffee comes from, and that Starbucks’ coffee beans were sustainably grown and ethically sourced. The culmination was a connection between the farmer, consumer and a cup of coffee.

“What they did was establish a connection with the value chain, and what happened was that they improved consumer experience, and being able to show farmers where their coffee beans were going had a direct and significant impact on their motivation and satisfaction to grow for Starbucks. But, perhaps what’s even more important and differentiating are the potential benefits for coffee farmers to know where their beans go after they sell them. Starbucks is sourcing coffee from 380,000 farmers,” she says. “Once you establish it (a value chain), it is an investment and there are multiple ways for it to pay back because it involves many, many players.”

At the end of the day, Roessler says that farm size doesn’t really matter; it’s about being able to make better decisions, finding a trusted party to aggregate data and using those gained insights to accomplish the goals of your operation. It isn’t all about high-tech, but rather making the technology and collected data you do have work for you.

“It’s about problem solving, not technology,” she says.