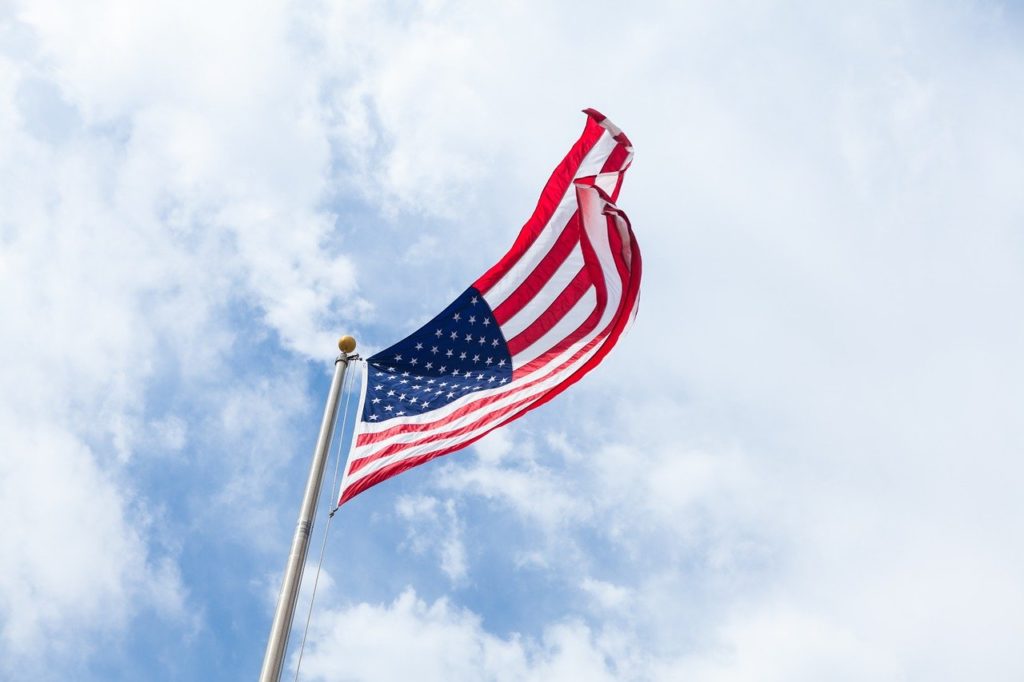 Despite making few major announcements since coming to power, there are glimmers of how the new U.S. administration will approach cross-border relationships.

In December of 2020, Mary Kay Thatcher had some strong predictions for what was to come in light of Joe Biden winning the presidential election.

“When it comes down to it, I think trade will change drastically,” the senior manager of Syngenta’s federal government and industry relations told Seed World Group at the time.

Months later, she’s not quite sure how those drastic changes are going to play out.

“I think it would be too early to say they’ve changed drastically, and to be honest with you, if you would have asked me six months ago, I probably would have expected something major to happen by now,” she says.

Still, she says, there are some telling signs that it might take a little time to see any dramatic developments in the world of trade with the Biden administration at the helm.

“The biggest holdback is we just don’t have very many political appointees yet, and that seems odd to me, when you have a Democratic administration and a Democratic senate that is going to confirm these people. You would think it would have happened by now, but if you actually look at the charts, Biden is much slower overall at filling those seats than probably the last four or five presidents have been.”

At the time of writing, Biden has appointed only a fraction of the people he is entitled to appoint to various positions within the government.

“There’s about 1,200 political appointees who have to be confirmed by the Senate, and so far, there’s 33 of them. It sits at something like 2%,” Thatcher says.

She believes the administration is taking its time in vetting potential appointees.

“Biden’s been pretty squeaky clean on not accidentally putting forward a member that then is going to get rejected and kind of embarrass the administration. Have we had any of the drastic changes yet that I suggested back in December? No. Do I think we’re going to get there? Yes.”

Thatcher says there are signs that major policy announcements with regard to trade are on the horizon. On April 15, United States Trade Representative Katherine Tai gave her first speech as a Biden appointee, in which she outlined her vision for leveraging trade policy to protect the environment and tackle climate change.

In her remarks, delivered at a Center for American Progress event titled Greening U.S. Trade Policy, Tai said that protecting our planet would be a top priority of the administration, outlined some of the historical barriers to action, and called for what she termed innovative, pragmatic and solutions-oriented ideas from a range of stakeholders to meet the global challenge.

“For nearly 15 years, the United States has enjoyed bipartisan support for including basic, enforceable labor and environmental rules in bilateral and regional trade agreements. This bipartisan support exists precisely because these issues are economic, not social,” she said.

“The goal is to ensure that we and our trading partners are engaged in fair competition that does not suppress environmental protection. The United States has been, and remains, the leader in rewriting trade rules so that they move us toward this model of fair competition.”

Tai made special mention of the United States-Mexico-Canada Agreement (USMCA) as an “evolution” of American trade policy that includes “the most comprehensive environmental standards of any U.S. trade agreement.”

“And while I think the United States, Mexico and Canada should be proud of USMCA’s progress, I know that the agreement does not go nearly far enough in addressing the economic costs of our environmental challenges through trade,” Tai said. “The most glaring omission is the failure to explicitly acknowledge climate change.”

She went on to say climate-friendly and sustainable agricultural production is essential to meeting the country’s climate and sustainability goals.

“Our farmers and ranchers can lead the world with innovative carbon conservation practices. Secretary [Tom] Vilsack has proposed ambitious ideas, including expanding the use of cover crops and making carbon capture a mainstream conservation practice. I am eager to work with him to help make these practices the new global standard.”

For Thatcher, it’s telling that Tai’s first speech about trade centered on the issue of climate change as it relates not only to the United States, but countries around the globe.

“Throughout most of the campaign, President Biden said he didn’t believe you should just go off and try to negotiate with another country one-on-one to get the best deal for America, like President Trump believed in doing,” Thatcher said. “Biden said he was going to go back to the model of working with our friends to come to an agreement for how a good trade system should work to benefit everyone involved.”

She started at ASTA in December, and previously served on staff for Chairman Pat Roberts (R-Kansas) on the Senate Committee on Agriculture, Nutrition, and Forestry during his time as both chairman and ranking member. Brady successfully led negotiations on the trade and research titles during Senate and Conference consideration of the 2018 Farm Bill. Additionally, she represented Roberts during the consultation process for multiple international trade negotiations, including the USMCA.

“Because there’s so much momentum around the climate change discussion right now, ASTA is engaging in a variety of coalition efforts that are focused on putting proposals forward on behalf of not just seed, but the ag industry in general. When you talk about the ag industry, it’s important to remember that it all starts with seed. We’re working to make sure that seed is considered a vital piece of the discussion when it comes to climate and the food and ag value chain,” she says.

“When we’re talking about things like conservation programs, including proposals around a carbon bank idea, we want to make sure that policymakers are taking into account seed and seed mixes that would be needed to achieve those goals. When we’re talking about research and technology, we want to make sure that they’re considering innovative breeding methods that allow us to produce the seeds that really can have an impact on things like water efficiency.”

Under the carbon bank proposal, the Biden administration has discussed giving farmers financial incentive to plant nitrogen-fixing crops and make other changes to their farm to help sequester carbon in soil.

Meanwhile, companies in the seed and agriculture sector are making an effort to get in on the climate discussion as a way of being part of the overall climate change solution.

Novozymes, the world’s largest industrial biotechnology company, has endorsed an industry call for the United States to make an ambitious contribution to tackling climate change by 2030 through cutting greenhouse gas (GHG) emissions to at least 50% below 2005 levels, something the company says can be achieved in no small part through bioinnovation.

The call is part of a campaign by Ceres and the We Mean Business coalition to bolster action on climate change towards a zero-carbon economy.

“We can harness the renewable potential of millions of acres of cropland, sequester GHG emissions, boost yields, and increase the production of renewable energy made from farm crops such as corn or soybeans. With smart policy and smart science, the Biden administration can raise the bar for nations around the world, but to do that, it’s vital that biofuels are core in the U.S. strategy,” says Brian Brazeau, Novozymes’ president for North America.

He notes that biofuels are cleaner than fossil fuels, and as their carbon footprint continues to shrink over time, they can also be net negative when made from waste or combined with carbon-trapping innovations.

According to the International Energy Agency, biofuels are expected to contribute more to reducing global emissions in the decades ahead than any other technology — including battery power. It is estimated that 30% of transportation fuel could already be replaced if nations are committed to achieving this.

Brazeau believes that biology and biotechnology are poised to catalyze what he calls the next agricultural and industrial revolution, and that it’s an underutilized technology that can make differences towards water usage, climate reduction in traditional industrial biotech segments and beyond.

But to do that, the public needs to understand what kind of impact biology and biotechnology can have.

“We have a wonderful example of that in the ethanol industry, where we have scaled the biological technology and combined it with agriculture and energy infrastructure, to bring a product to the market which reduces greenhouse gas emissions in all kinds of ways, and yet, it isn’t talked about in that light,” he says.

“It’s really important that people are aware that starting today, right now, there’s more that we can do to mitigate climate change by making ethanol an even more integral part of our liquid fuel infrastructure.”

Brazeau says he’s encouraged by the administration’s commitment to the Renewable Fuel Standard. In 2020 when he was still the Democratic presidential nominee, Biden criticized the Trump administration for what he was a focus on bolstering the oil sector at the expense of the ethanol industry and farmers.

In May 2021, the U.S. Environmental Protection Agency rescinded three waivers that had excused Sinclair Oil refineries in Wyoming from a federal requirement to blend ethanol into gasoline.

“We really appreciate that. I think that’s how it should work. Those types of things make a big impact for agriculture,” Brazeau says. “There’s no single silver bullet out there that’s going to be the answer to the issue of climate change. It’s a suite of technologies and a suite of different solutions that are the answer, and anything we can do to cooperate on that as an industry is only going to help in the overall effort.”

That cooperation is something Claudio Feulner is already seeing happen when it comes to trade relations between Canada and the United States. The regulatory affairs and trade manager for Seeds Canada — a new national seed organization formed late last year after four of the country’s seed associations amalgamated — points to the close working relationship Seeds Canada has with ASTA as a prime example.

“Obviously, when it comes to the Biden administration, we’re quite in line with what their approach seems to be. Sustainability is something that Seeds Canada already supports. You might have seen that the International Seed Federation asked its members to support their declaration for the seed sector to help to reach some of the UN’s Sustainable Development Goals,” Feulner says.

The Seed Sector Declaration, signed by seed companies around the world, was launched by ISF in March as a part of the sector’s engagement with the UN Food Systems Summit, scheduled for September 2021.

The document acknowledges the enormous challenge for agriculture to produce sufficient, safe, and nutritious food for a global population expected to reach 10 billion by 2050, amid rising pressure from climate change, effective biodiversity preservation and natural resource scarcity. If current trends continue, the number of hungry people is expected to reach 840 million by 2030, from 690 million at present.

“We support the declaration 100%. The U.S. has already rejoined the Paris Climate Agreement. Sustainability is back on the agenda again, which helps put us in a good spot as an industry because we know the world’s most powerful nation is on the same page with what we’re trying to do here in Canada in regard to a holistic approach to trade policy and cross-border collaboration,” Feulner adds.