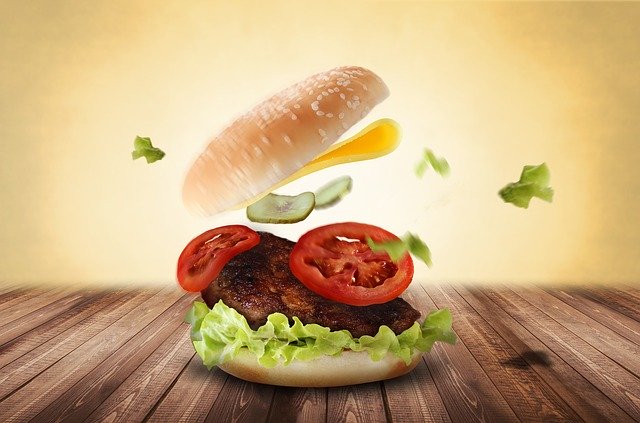 I’ve always had a special respect for peas. That’s because of the giant role they played in the advancement of science. It was through the crossbreeding of peas with different characteristics such as colour, plant height and pod shape that Austrian friar Gregor Mendel laid the foundations to the modern science of genetics. In experiments conducted between 1856 and 1863, he demonstrated how traits were passed on from one generation to another through invisible factors that were later identified as genes.

I don’t know whether Mendel ate his peas, but I do know that many a parent has urged their offspring to eat the peas that accompanied the meat on their plate with an eye towards increasing their vegetable consumption. Today, they may be encouraging them to eat their peas instead of the meat. Pea protein has become a hot item as the basic ingredient in “plant-based” burgers, the sales of which are sky-rocketing due to concerns about the health and environmental consequences of animal agriculture.

“Beyond Meat,” an American company that produces plant-based meat substitutes, made a huge splash in financial markets when its stock tripled in three days after its initial offering. That was followed by soaring sales in supermarkets and fast-food restaurants that offered “Beyond Meat” burgers made with pea protein. Other ingredients include mung bean protein, canola oil, coconut oil, potato starch, methylcellulose, lemon juice, lecithin and pomegranate fruit powder.

Beyond Meat’s major competitor is the “Impossible Burger,” produced by “Impossible Foods,” a company founded in 2011 by Patrick Brown who is no scientific slouch. He has both a medical degree and a PhD in biochemistry and is the recipient of a number of prestigious awards. In 2010 Brown left Stanford University where he had been a professor having become convinced that raising animals to produce food was an environmental disaster citing greenhouse gas emissions, energy demands and inefficient use of land as problems. He decided that the best way to reduce the environmental cost of raising animals was to offer a plant-based product that could compete with meat in look, scent and taste.

The first question that had to be answered was what makes cooked meat look, smell and taste the way that it does. A tough question because meat is an immense collage of numerous proteins, peptides, amino acids, fats, vitamins, minerals, steroids, amines, sugars and nucleotides that engage in various reactions when exposed to heat. Cooked meat is therefore even more complex, being composed of hundreds and hundreds of compounds! Using sophisticated instrumental techniques Brown and his team analysed the volatile compounds released when meat was cooked and their attention was drawn to “haem,” a breakdown product of the oxygen-carrying molecule, haemoglobin that was present in abundance. Brown suspected that it was a major player in the flavor game.

Thanks to his research background, Brown knew that some haemoglobin analogues could be found in plants. “Leghaemoglobin” (from “legume” and the Greek “haemo” for “blood”) for example, can be found in the roots of clover or soybeans and became a candidate for imparting meat flavor and colour to a plant-based burger. The problem was that the compound could not be extracted from this source on a large scale. However, isolating the gene that codes for the formation of leghaemoglobin and introducing it into the genome of a yeast cell was possible. When this yeast is combined with appropriate nutrients it dutifully grinds out leghaemoglobin which can be isolated and purified. Needless to say, this annoys anti-GMO activists but of course leghaemoglobin is the same substance whether it is produced in soybeans or genetically modified yeast cells. It is a non-issue.

The use of leghaemoglobin for flavor and colour was a breakthrough, but it still took about five years of experimentation to come up with a burger that had satisfactory texture, mouthfeel and flavor. Eventually, soy protein, coconut oil, sunflower oil, potato protein, methylcellulose, yeast extract, dextrose, modified starch, salt and various vitamins joined with leghaemoglobin. In this case, environmental concerns are more relevant than nutrition since in terms of saturated fat, the Impossible Burger contains about the same amount (8 grams) as a hamburger but contains five times as much sodium! It would be hard to claim that the Impossible Burger is “healthier,” but it is more environmentally friendly. Same goes for the Beyond Meat burger.

People talk of health and environment, but the decision about what to eat often comes down to taste. I haven’t had the chance to taste the Impossible Burger, but I did let A&W’s Beyond Meat burger loose on my taste buds. And they didn’t rebel. However, the rest of the body was not so keen on the 1100 mg of sodium most of which comes from the bun and condiments. The patty itself has only 390 mg, so next time maybe just the patty wrapped in lettuce? Will have to see how the taste buds react.

Editor’s Note: This column comes from our sister publication, European Seed. Check out more at https://european-seed.com.

Communicating with Consumers: Are we Doing it Wrong?

To Secure the Future of Food, Harnessing Microalgae is a Must

The Turf May Be Artificial, but the Issues Are Real

Communicating with Consumers: Are we Doing it Wrong?

Do You Know a Pillar of Professionalism? Nominate One Today!

Is Marketing a Dirty Word at Your Company?