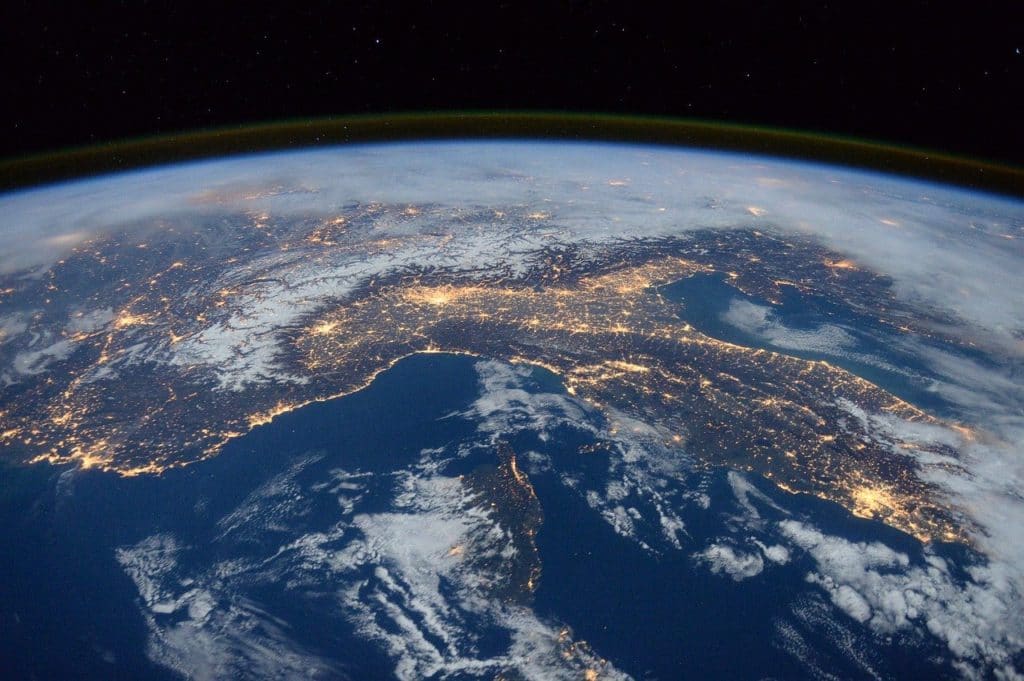 We all know the world population is set to hit 9 billion by 2050. Or is it? Darrell Bricker says it’s not going to happen, and we should prepare to have fewer mouths to feed — not more.

It’s common knowledge that the world population is rapidly expanding, set to hit the 9 billion mark by 2050 and keep growing from there. It’s inevitable that we will face major challenges as we run out of arable land and face food and water shortages as humans vie for the natural resources we all depend on to survive.

The problem is, Darrell Bricker says, that the above scenario isn’t going to pan out.

“Everyone’s always talking about the population problem and how it’s out of control, that we’re having too many babies. That human encroachment will totally destroy our natural habitat. It’s not true,” says the CEO of public affairs for global market research firm Ipsos and co-author of Empty Planet: The Shock of Global Population Decline.

Furthermore, Bricker says common economic wisdom is influenced by this common belief, ultimately to the detriment of the business community.

“Everyone knows the power of youth is what fuels the marketplace. The fact is, it isn’t that way at all.”

For Bricker, the commonly held belief that the world population is out of control is a form of “vertical knowledge”, or has he likes to call it, something we all know that isn’t actually true. Whether it’s documentaries focused on the problem of overpopulation, politicians giving stump speeches about it, or even the United Nations predicting a dramatic rise in the number of people on Earth (the UN predicts almost 11 billion people by 2100), Bricker says it’s ingrained in our society to believe humanity is growing out of control.

Yes, you read that right: Bricker says even the commonly cited United Nations numbers overshoot the mark, and greatly overestimate how many people will be on the planet in the coming years. In fact, he says it’s unlikely the world population will even hit 9 billion at all. Instead, he says, it will top out at around 8.5 billion in 2030 before it begins to decline. And the decline will not stop.

“Everyone knows the power of youth is what fuels the marketplace. The fact is, it isn’t that way at all.”

Germination: In agriculture it’s commonly believed that we are headed for a world of 9 billion by 2050, and it will keep growing after that. Even the United Nations tells us this. Why are you so confident in your numbers?

Darrell Bricker: We’re getting better at measuring what people do, how they go through the process of living their lives. The decisions that have been made that are going to shape the future have already been made by your grandparents, your parents, and now you. The consequences of those decisions are apparent. Demographics are like glaciers — you can see them coming from a long way off. What we are going to be seeing and experiencing will define the global agricultural marketplace, and all other marketplaces too.

Germination: So even the UN is wrong?

DB: The UN actually has had three different population projections. The one you always read about is the middle one that predicts a continuing rise in global population, over 9 billion by 2050 and as many as 10.9 billion by 2100. The numbers I talk about are closer to what the UN’s lowest estimate is. We will peak at 8.5 billion people and finish the 21st century with the same number of people we have today. We will not have a world of 10.9 billion to feed. We won’t even have 9 billion to feed.

Germination: Why is that?

DB: Three main reasons: urbanization, fertility and aging. UN stats tell us that in 1960, a third of us lived in a major city. Today it is 56%. That’s going to continue to rise as people move from the countryside to the city. We see this every day as rural communities across the country die off. Most people are moving to the city, and it’s happening all over the world. This has massive implications for everything from how long we will live to the size of families. Basically, people are living longer and having fewer children when they live in the city. In Canada we now have more people over 65 than under the age of 50.

Germination: That brings us to fertility. Why do people have fewer children in cities?

DB: As urbanization continues, in most parts of the world, the birth rate is falling to replacement rate or lower. That means most places in the world — namely everywhere except sub-Saharan Africa and India — will see their populations peak and then begin to decline. Just take a look at your own family. How many kids did your grandparents have? How many did your parents have? How many do you have or plan to have? And how many kids do you think your kids will have? In most places in the world, you’ll get a similar answer. On the farm, having lots of kids means more hands to milk the cows and harvest the crops. In cities, children — although we love them dearly — are a liability. Having kids is expensive, as virtually every parent in Canada will tell you.

Germination: How does aging influence this predicted population decline?

DB: We have doubled human life expectancy in the past century. We’re getting bad at making new people and getting really good at keeping existing people alive. In 1920, the average Canadian lived to be in their 50s. Today, it’s 81. By 2036, life expectancy will be 87. Kids born today can expect to live to be 100 if medical science keeps progressing, and it assuredly will.

Germination: Why is this important for industry to consider?

DB: When I think of agriculture, I don’t think of young people. I think of older people. That’s the market you should be going after. Millennials and members of Gen Z, in general, have no money. They’re having a hard time starting their lives. Half of all Canadians age 18-35 live with their parents, some because they have to take care of their parents because they’re living so long. Houses are hard to find not because there are too many people out there, but because the older people who live in those homes aren’t moving out. They’re aging in place. Grandma and grandpa are very happy to stay in their home well into their golden years. This has many implications for the entrepreneurs out there.

DB: During COVID-19 people have been talking a lot about food delivery and how important a service it is to have when people can’t leave their home to go to a store or restaurant. That’s what older people deal with every day even when there is no pandemic. When you have mobility issues, you can’t just go out to dine whenever you feel like it. Here’s a thought — deliver food specifically with older people in mind. And what restaurant makes anything for older people in particular? Eighty per cent of Canada’s wealth is with people over the age of 50. They have all the money and there are more of them every day, yet no one caters to them.

“When I think of agriculture, I don’t think of young people. I think of older people. That’s the market you should be going after.”

DB: Yet no one seems to have thought of it. Turn down the music so I can have a conversation, and I don’t need a bunch of TV screens and lights flashing at me — although I would like enough light to read what I’m ordering. How about a place at the front of the restaurant where I can leave my mobility device? If people know they can get inside your establishment, they just might come. Mainstream consumer culture doesn’t really give a hoot about older Canadians. They’re all around us and yet we mostly ignore them.

Germination: What’s your advice to agriculture and the seed industry specifically?

DB: Think about older people. Hire them. They want to keep working. They’re healthy enough and they have the knowledge, we just have to adjust our workplaces for them. Is your workplace based on an open concept? That’s fine for millennials and members of Gen Z, but I for one like to have some quiet, some privacy, so I can concentrate. Designing things for young people who we aren’t creating in the first place doesn’t make sense. As for the crops you breed, breed with older people in mind. They generally don’t have the fancy, exotic tastes you see in the average millennial foodie. What are we breeding and growing with older people in mind? Not much. And finally, with more and more people moving to the city, who’s going to grow that food?

Listen to our follow-up podcast interview with Darrell Bricker for his insights on how the COVID-19 pandemic might affect a world of shrinking population numbers (hint: get ready for robot farmers).

From Spark Plug Boxes to a World-Class Facility: PGRC Marks 50...