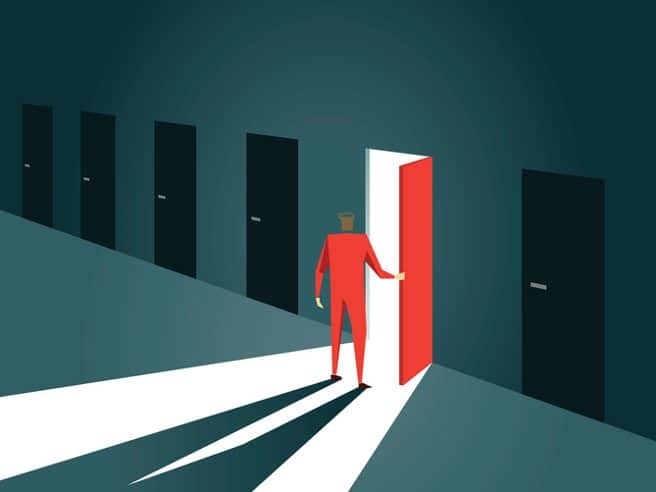 New technologies are proving to be an asset to up-and-coming plant breeders, ensuring a healthy supply of them for the seed industry.

When Kirby Nilsen was working on his undergraduate degree at the University of Saskatchewan, he says he was unsure of what he wanted to pursue as a lifelong career.

That is, until he came across the field of plant breeding.

“Having worked in plant breeding programs prior to and during my undergrad, I certainly recognized that as a potential area to pursue employment. It wasn’t until after taking fourth year plant breeding and genetics courses that I knew for sure that I wanted to be a plant breeder,” he says.

Nilsen, 31, is a PhD student working in Curtis Pozniak’s wheat breeding program at the Crop Development Centre in Saskatoon. He’s excited to be part of a field of study he says is making huge strides the world over, as a new generation of plant breeders use new tools to unlock nature’s secrets and improve plants to be more nutritious, more resistant to disease and environmental stresses, and to yield better for farmers.

Nilsen’s story of falling in love with plant breeding is a story that, fortunately, is becoming more common in the industry, and it’s music to the ears of Rale Gjuric, founder of the Manitoba-based Haplotech and director of the University of California Davis Plant Breeding Academy (PBA) program. The PBA is a professional development program designed by the UC Davis Seed Biotechnology Center to increase the supply of professional plant breeders.

Nilsen represents a new generation of breeders who are using the latest technological tools to do a job that, despite being as old as agriculture itself, is more important than ever.

“In principle, things are changing technologically, but the role of the breeder doesn’t change at all,” Gjuric says.

According to Gjuric, it wasn’t long ago it looked as if plant breeding was in danger as a profession. The rise of genetic technologies fuelled a belief that plant breeding would become obsolete, he says.

“There was an attitude prevalent in the 1990s that traditional plant breeding was on its way out, that we wouldn’t need it anymore because we’d have scientists just inserting genes into plants and creating great new varieties,” Gjuric says. “As a result, universities just weren’t training as many new plant breeders.”

The industry could perhaps be forgiven for thinking plant breeders were a dying breed. Considering the profession is thought to be approximately 9,000 to 11,000 years old by most estimates, it’s easy to fall into the trap of believing it will sooner or later be replaced by newer disciplines.

Instead, new technologies have made the role of the breeder even more pertinent, Gjuric says, and young breeders like Nilsen are benefiting from that.

“It’s like an engineer working in a factory in the 1940s compared to now. They do the same job, but the factory has changed. They just have different tools now.”

Those new tools have gone far beyond GM technologies, and are expanding into the realm of gene editing with techniques like CRISPR, which allows scientists to manipulate the genome of a plant without introducing any foreign material.

These new tools are being used by students early on in their careers — in many cases, even before they’ve graduated high school, according to Gijs van Rooijen, chief scientific officer for Genome Alberta. The organization once again supported all youth science fairs across Alberta in 2017. For the last 11 years, Genome Alberta has been providing financial assistance to regional organizers, offering cash prizes and plaques to students with winning genetics related projects.

“What we see now is a fair amount of projects where high school students are doing the usual agronomic projects, but we’re seeing them start to incorporate a lot of genetics into those projects,” he says.

“They start to recognize that genetic analysis — especially the ability to get genomic analysis done quickly — is going to be a powerful tool in assisting plant breeders in developing their desired varieties much faster.”

And that means many of those students will end up becoming plant breeders themselves.

“If you’re interested in seeds and plants, learning about and using these new tools will help you become very successful in that field. These students are only becoming more sophisticated in their thinking. They’re looking at the whole genome of the plant.”

“If you are generating a new cultivar under highly stressed conditions, epigenetic markers are being placed on DNA, and that’s being inherited from generation to generation. That affects the seeds themselves.”

In addition, students are looking at developing more sophisticated seed coatings that incorporate specific microbes or microbial environments. The sky is the limit for modern plant breeders, Van Rooijen adds.

“You see projects at the national science fair level where students are sequencing microbes typically found in and around plant environments and then sifting through that information, trying to find out what microbes are there, what they’re doing, and how seed companies can learn from that to come up with coatings containing microbes known to be beneficial for the plant to fight diseases, increase nutrient intake and improve water efficiency.”

The new breeding environment makes things exciting for young people, and the chance to use these new tools to open doors that remained closed for thousands of years will only encourage more people to get into breeding, Nilsen says. Even at the young age of 31, he continues to be inspired not just by older breeders who came before him, but by younger ones coming up behind him.

He recently served as a mentor for some high school students working on a science fair project.

“When I was starting out, we didn’t have a lot of the opportunities you see now. A good example is these high school kids doing some fairly complex projects. Hearing their enthusiasm about what they do, it definitely rubs off on you.”

Thankfully, the number of breeders coming out of university programs is on the rise, Gjuric notes. This is partly due to the work done at the PBA, which has attracted attention and serves to emphasize the important role plant breeders play in the industry.

“For 15 or 20 years, universities weren’t training breeders in a classical way, and then when we did a study on the industry, we found there is a huge need for plant breeders. The PBA filled an immediate need. We took scientists and taught them traditional plant breeding concepts,” he says.

“We showed that this classical training is very important. It’s not about old school versus new school. Our training at the PBA incorporates all the new tools. We’re seeing more and more universities paying attention to training plant breeders. The message from the industry is very strong — we need breeders.”

The PBA now operates programs not only in North America but also in Europe, Asia and Africa.

“In the U.S. alone, we need around 100 breeders a year just to replace people who are retiring. That’s a big number,” Gjuric says.

Thankfully, the rise of technology will help to fill that void, Van Rooijen says.

“Using some of these advanced skills young people are acquiring, we’ll see niche and value-added crops. There might be smaller acreages, but we can use it as an opportunity to diversify our economy. Seed traits that make processing easier are being developed more often and more rapidly. It used to be that breeders did their job with respect to yield, but I think there’s an opportunity to look at some processing traits that can be incorporated into seed.”

In the Age of COVID, Lab Safety is of the Utmost Importance

The Birth of Smart Seed Treatments?

Drones, Seed Coatings, Animals on the Land: Cover Cropping is the...