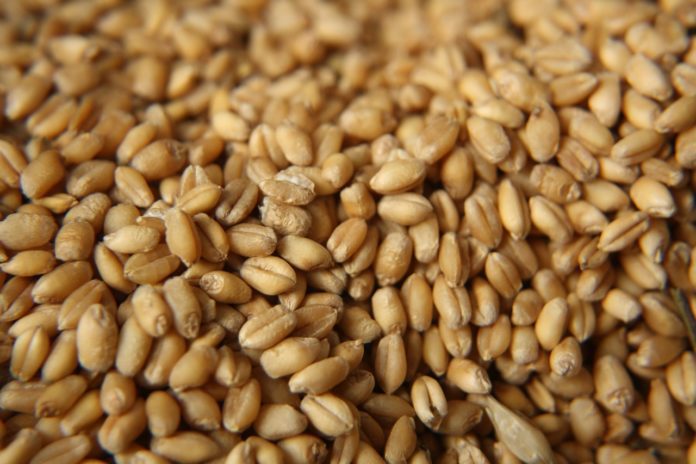 Combined, these two stressors have led to stunted plant growth and we’ve seen a lot of plants go into heading and maturity earlier than they usually would. The reduced capacity of the plants to accumulate dry matter has had a direct effect on grain filling in cereal fields across the Prairies leading to reduced yields in the affected areas.

With some harvests taking place in late July, many growers say this is the earliest they’ve ever harvested their cereals. Early harvesting means the plants did not mature as they should have, reducing the duration of critical steps in their growth.

Cereals go through many stages in their development, including tillering, stem extension, booting, heading, grain filling, and ripening. Grain filling is the most affected stage of growth during drought. We generally observe the premature death of the flag leaf which contributes as much as half of the assimilates that the plant needs to make grain during drought conditions.

Also, the process of grain filling is dependent on moisture availability, and drought reduces the duration of grain filling. That means that many plants won’t make grain, or the seeds they make will be small and immature. A lot of those immature seeds will be blown out of the combine during harvesting, but we will still be seeing a lot of them coming into the lab as well. Such small and immature seeds are expected to have low thousand kernel weights (TKW) and poor germination rates.

Another phenomenon we may see is heating stress damage to embryos resulting from seeds experiencing scorching weather while on the mother plant prior to harvesting. We usually see heating damage in the lab in very wet years when grains are harvested wet and have to be artificially dried.

Heating damage also occurs when spontaneous heat pockets in bins result in overheating of the seeds in storage. We expect to see mild signs of heat stress damage in germination tests due to extreme heat stress conditions in the field for the upcoming testing season.

Dormancy in 2022 could be another problem. Abscisic acid (ABA) is a critical hormone in plants that influences dormancy. When plants are stressed, we see ABA accumulating at higher levels in the seeds, offsetting the ABA – gibberellic acid (GA) balance. A high level of ABA signals to the plant that growing conditions are not right, making the seeds go dormant to increase their chances of survival.

Seed testing at the end of the year and before seeding is critical to know your seed quality. This year, heat stress on seeds will affect germination, vigour, and can trigger dormancy issues that could affect seed performance in 2022.

Do You Know a Pillar of Professionalism? Nominate One Today!

Is Marketing a Dirty Word at Your Company?