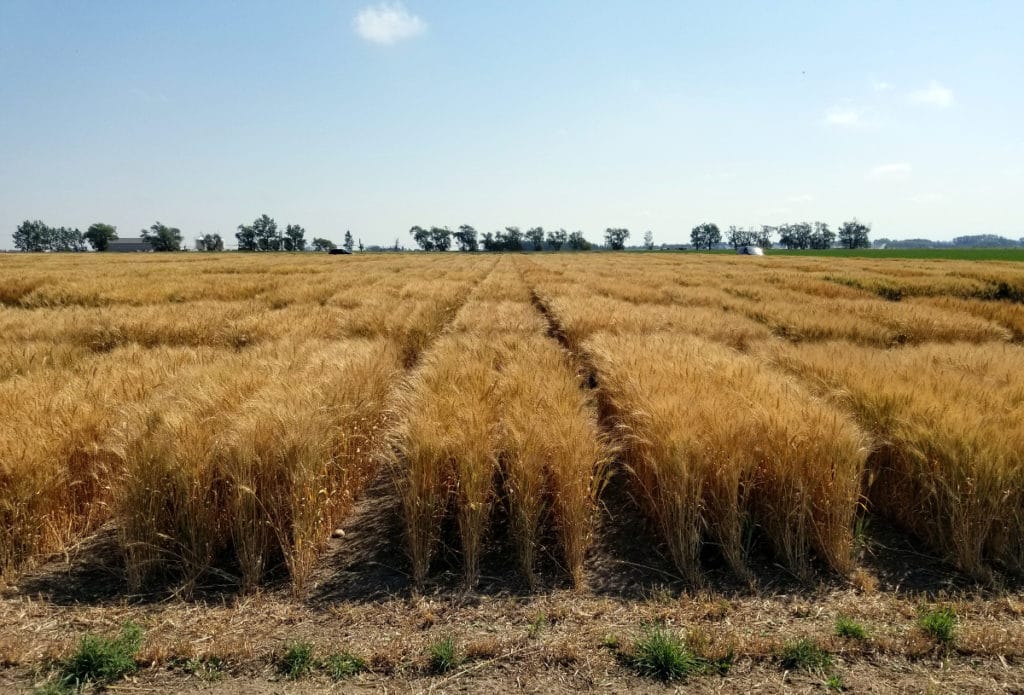 With so many milestones to count, the 40th anniversary of the Western Grains Research Foundation can be summed up as four decades of evolution and success.

2021 marks the 40th anniversary for the Western Grains Research Foundation, an organization that has grown to become the largest producer funder of field crop research in Canada.

To commemorate this impressive milestone, one of the things the foundation has done is a brand refresh with a new corporate logo and launched a new website.

“We have taken this opportunity to reflect on some of the accomplishments of the organization with a 40th celebration video,” says WGRF Executive Director Garth Patterson, who is based in Saskatoon, Sask.

Originally formed by 12 farm groups in 1981—who had a vision for a robust agricultural research funding organization directed by and for western Canadian grain farmers — WGRF has since invested more than $200 million on behalf of farmers in more than 550 crop research projects to date.

“We’ve achieved these milestones by being steadfast in our mission of producers directing investment in crop research to benefit western Canadian field crop farmers,” says Patterson.

“As an organization, we have seen a lot of changes since 1981. But the one thing that has remained constant is that the WGRF continues to be directed by farmers and it continues to fund agricultural research that’s important to farmers.”

Long-time board member and chair Keith Degenhardt—who operates a mixed cattle and seed farm in Hughenden, Alta. — attributes the foundation’s success over the decades to Prairie farmers.

“They have been investing their research dollars through WGRF for the past 40 years. Many of the projects and initiatives are only made possible because of producer funding. It’s important for research to be farmer funded and farmer directed because it gives you ownership and responsibility to make the best investment in research to help farms across the Prairies move forward.”

Rob Graf, a plant breeder and scientist with Agriculture and Agri-Food Canada in Lethbridge, Alta., agrees. He has focused his efforts on developing improved varieties of winter wheat for Western Canada since 1999.

Graf adds that what he likes best about the industry is its integration from science and technology to the table, and all of the people and processes involved in these various aspects along the way.

“We all have a common goal. I get a lot of satisfaction when I’m able to solve problems by delivering improved varieties. WGRF’s industry involvement has been a large part of that. I have benefited from funding administered by the WGRF since I joined AAFC in 1999.”

At present, the WGRF board is comprised of 18 farmers in the four western provinces.

“Many of the projects and initiatives are only made possible because of producer funding,” says Degenhardt.

“Their collective voices ensure that funding is awarded to research that is most needed by their fellow farmers. More than 130 farmers from across Western Canada have worked together on the WGRF board over the past four decades. By guiding research funding decisions, they’ve been instrumental in advancing agriculture for the betterment of all Prairie farms.”

Patterson concurs and adds that the WGRF’s relationships with research institutions across Canada have been another critical element to its long success.

“We have always looked at funding the most impactful research, whether that be long-term upstream or both short-term and immediate. It’s really about the impact on farmers and the science.”

Additionally, Patterson says as the foundation continues to see tremendous value in a collaborative approach to funding research, it will continue to partner with producer commodity organizations and funding agencies on a provincial, regional, and national basis to maximize crop research investments.

In 2019, the Western Grains Research Foundation established a new strategic plan that set forth significant changes based on input from stakeholders that include the following:

Patterson says in recent years, the agricultural community has expressed concerns about the status of capacity for crop-related research in Western Canada.

“WGRF heard these concerns and has committed $32 million to expand crop research.”

Phase 1 of this initiative was focused on expanding human resources. WGRF supported the Universities of Alberta, Manitoba, and Saskatchewan in their vision to establish Research Chairs.

“We also tripled investments in Graduate Scholarships at Universities of Alberta, Manitoba and Saskatchewan,” added Patterson.

In 2019, the WGRF initiated Phase 2 of its capacity-building initiative — a competitive, proposal-based process to expand the tools (infrastructure and equipment) necessary to accelerate crop research for the benefit of field crop farmers in Western Canada.

“WGRF is projecting over $53 million of research funding over the next four years for new and ongoing initiatives,” explains Patterson. “This includes the Phase 1 and Phase 2 Capacity Initiatives, Five Research Clusters, and funding for both new and ongoing research projects. 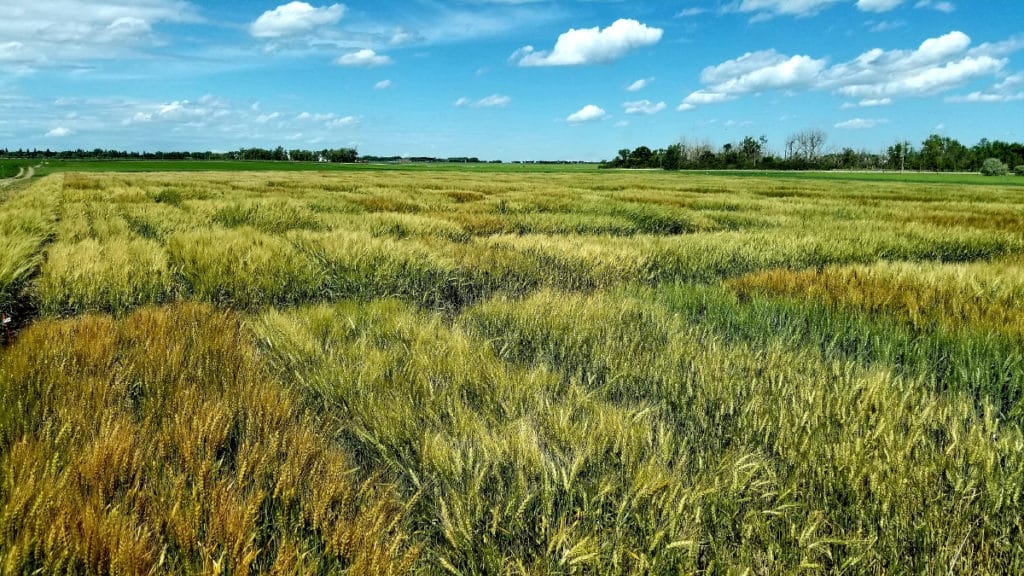 Like any industry, Degenhardt says there will be significant changes in agriculture over the next five to 10 years. Continuing to fund research will help farmers stay in the game and get a good return.

“We are in the early stages. WGRF is conducting stakeholder consultations to identify and confirm cross-cutting crop production issues of greatest concern to farmers. We are currently reaching out to farmers, scientists, industry, and agronomists to develop a farmer-focused research plan. We will have more details as we progress, but the goal is to renew the WGRF research plan to drive long-term, sustainable impact on western Canadian field crop farmers and their profitability.”

When asked how important the WGRF has been to the seed industry with respect to variety development, Degenhardt doesn’t hesitate.

“WGRF has an impressive record of funding wheat and barley variety development through the years, but it does not stop there. WGRF funds variety development in 15 different crops with the goal of helping deliver farmers varieties that not only offer higher yields but improved end-use properties, and better disease and insect resistance. The agronomy research we fund also contributes by helping to unlock the genetic potential of these varieties for higher yields.”

Graf concurs and adds, “WGRF has had a huge impact in all aspects of the western Canadian grain industry. The scope of that impact encompasses projects from that of basic higher risk research to the applied disciplines of plant breeding and agronomy. WGRF’s involvement in funding plant breeding since 1995 effectively doubled the rate of yield increase in western Canadian wheat. That’s huge.”

As for what the next year or two holds for the Western Grains Research Foundation, Patterson says COVID has obviously affected everything including research, scientists and organizations that fund the research.

“However, we’ve got over 170 projects that we’re currently funding. Most projects are going to be impacted, but we don’t know the extent to it yet. It’s unlikely that any WGRF-funded research will be cancelled because the foundation supports multi-year projects, over three to five years. We will continue to work with the researchers and institutions, to give them the flexibility they need to adjust their timelines due to COVID.”

Adds Degenhardt: “There’s going to be some significant changes in agriculture over the next five to 10 years, we need to continue to fund research that will help farmers stay in the game and get a good return.”