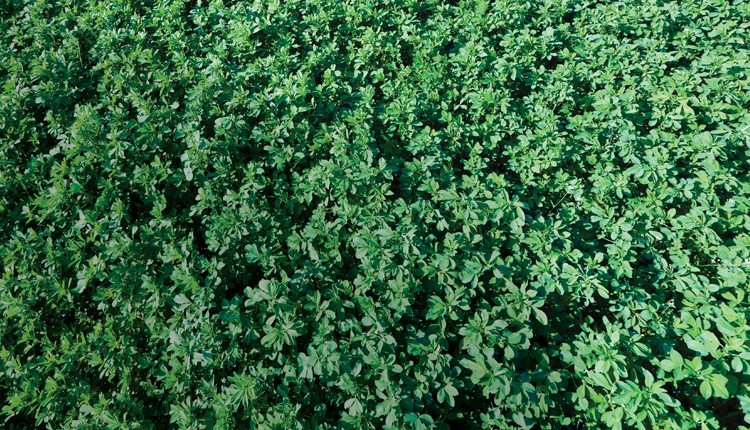 Roundup Ready alfalfa has received regulatory approval and varieties have been registered, so why is there still no seed being sold in the market? It all comes down to one company’s commitment to coexistence.

Forage Genetics International has made the decision to hold off on commercial sales of its herbicide-tolerant genetically modified alfalfa, despite the fact that it was granted full food, feed and environmental approval by the Canadian Food Inspection Agency in 2005. Furthermore, CFIA granted registration to several varieties in 2013, meaning the company could legally sell the biotech alfalfa nationwide.

“FGI will not sell traits in Canada this year,” says Mike Peterson, Forage Genetics International global traits lead. “No decisions have been made by FGI as to whether we will sell alfalfa traits in Canada in 2016, or beyond.”

It’s a hot button issue that spans the entire value chain, with various conventional, biotech and organic groups bringing different views to the table. Dave Carey, CSTA manager of policy initiatives, says there are a few misconceptions around the trait as it has received approval and varieties have been registered, but the seed isn’t yet being sold.

“When we had the coexistence planning workshop for alfalfa hay in Eastern Canada, there were some groups that came thinking it was an opportunity to stop the regulatory process but CSTA is not a regulatory body, and it had already received full CFIA approval,” Carey says. “At this point it’s a business decision of FGI.”

Carey says it is important to note that this is for alfalfa hay production and not for seed production. According to FGI, the company has no intention to sell seed for anything but hay production in Eastern Canada.

Through dialogue and consultation with farmers and seed companies, a coexistence plan for Eastern Canada that allows for the production of biotech, conventional and organic forage has been developed.

“Additional work on coexistence has been ongoing, with a commitment from FGI and CSTA to develop a Hay-to-Hay Coexistence Plan for Western Canada. The goal is to have this plan completed by January 2016,” Peterson reports. “The plan for Western Canada is in response to requests for additional stewardship actions that address the possibility of product moving from Ontario/Quebec to Western Canada. At this time, FGI does not have plans to introduce biotech-enhanced alfalfa traits to growers in Western Canada.”

CSTA defines coexistence as: “A framework that guides the implementation of stewardship and best management practices to be employed in order for three production systems (organic, conventional and GM) to successfully coexist.”

“The value of a coexistence plan is critical as biotech alfalfa moves closer to market,” says Crosby Devitt, CSTA executive director. “The owner of the technology and the varieties sees this as a critical component before going to market because no one in the value chain wants to see one person doing something that negatively affects other stakeholders.

“The organic hay producers who are not interested in the technology should be able to coexist and run their business as they see fit. And that’s the challenge, but it’s also the opportunity. We’re striving for a successful coexistence plan that is collaboratively developed and accepted by all stakeholders.”

Kevin Nixon, chair of the Canadian Honey Council, says his group was brought on board after raising concern that the GM event has not been registered as safe for consumption, specifically in Europe. “We have been included in the coexistence plan for Western Canada, and we are happy there is a plan,” Nixon says. “Our question is, ‘does the coexistence plan go far enough?’ It would seem if the GM event could impose a trade restriction to our industry, the work is not complete. We hope this particular item will be a part of the coexistence plan.”

Allen Van Deynze, associate director of the Plant Breeding Center at the University of California, Davis, and his colleagues have studied gene flow in alfalfa seed and hay, as well as bee movement, for more than a decade. He was brought into the discussion to share his expertise.

“Coexistence of production systems is particularly important in alfalfa to allow farmers access to different products, input systems and markets — from differences in quality domestically to export standards,” he says. “Coexistence is absolutely feasible and happening with other crops.

“The key is to have good communication among growers and respect allowing farmers to address their particular market. Another key is to have established processes that minimize adventitious gene flow. Practical non-zero thresholds are essential, as the cost of attaining low thresholds increases exponentially as you decrease that value. Canada has been a leader in developing processes to maintain seed purity for well over 100 years, including for alfalfa.”

“An important consideration about the coexistence of alfalfa is that the vast majority of the product is not for seed, but for hay,” Van Deynze explains. “The majority of gene flow issues occur from seed to seed.

“Although alfalfa is grown in every province and territory, seed is mainly grown in the West. At the time of the coexistence meeting, GM alfalfa was being considered for introduction only in eastern provinces. Hay-to-hay gene flow was well below 0.5 per cent in all our trials at all distances beginning at 165 feet as viable seed in hay rarely develops. Hay-to-seed occurs, but rates in our trials were less than 0.5 per cent. Although Canada’s conditions are different the concepts are similar.”

The goal is to have Western Canada’s coexistence plan in place by January 2016. “It took about a year for the eastern plan to come together after the initial meeting,” says CSTA’s Carey. “Many of the principles of the eastern plan can be applied to the western plan but different groups have to be consulted.”

Not a Regulatory Issue

Carey and Devitt want to be clear: Coexistence planning and the commercialization of Roundup Ready alfalfa is not a regulatory issue — it was approved in 2005 after it underwent livestock feed, environmental safety and food assessments conducted by the CFIA and Health Canada.

”As part of the process, the CFIA’s environmental safety assessment concluded that Roundup Ready alfalfa is as safe for the environment as conventional alfalfa,” says Tammy Jarbeau of the CFIA media relations team. “The CFIA and HC work together to assess the safety of plants with novel traits.

“These plants cannot enter the marketplace unless the CFIA and HC’s rigorous assessment determine that they are as safe for use as food, feed and released into the environment as other conventional plant varieties already being grown. Once an alfalfa product receives variety registration, it can be fully commercialized in Canada.”

Devitt and Carey say the development of coexistence plans is an industry stewardship effort to have something in place to manage the introduction of new technology.

In December 2014, the Canadian Food Inspection Agency granted regulatory approval for the unconfined environmental release of Forage Genetics International’s next-generation alfalfa technology — a stacked trait alfalfa product containing both the Roundup Ready trait and a reduced-lignin trait. The reduced-lignin trait will be branded HarvXtra alfalfa, and the stack will be sold as HarvXtra alfalfa with Roundup Ready technology.

The company reports this technology will provide weed control to growers with an added nutritional/digestibility benefit for dairy and beef cows. No decision on the commercial launch of HarvXtra with Roundup Ready technology has been made at this time, but the 2015 on-farm trials include two small-scale research trials.

Time’s Running Out! Nominate Someone/Apply Now for a CPBI Award

Bill C-18: What Does Incorporation By Reference Really Mean?

Canola’s Black Cloud Rolling Back In