Home Science & Technology Why Ag is a Sequester — and not an Emitter — of...
Facebook
Twitter
Linkedin
Email
Print 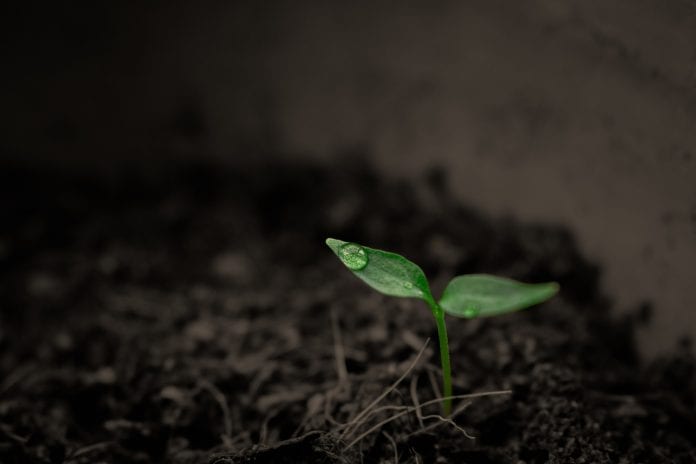 Agriculture may get a bad rap for being a big carbon emitter, but the industry is doing a lot to help the environment.

For decades farmers and others working in agriculture have worked hard to implement practices to make their farms more sustainable and produce larger crops. And while those practices may have reduced inputs and made them “greener”, agriculture still receives a lot of judgement when it comes to its carbon emissions.

“When you look at the total global footprint of agricultural land, we have to flip our thinking. Instead of looking at that as a source of greenhouse gas emissions, we should look at that as a framework to actually draw down carbon.” Wendy Srnic, vice-president of seeds research and development for Corteva Agriscience, says in the Oct. 27 episode of Seed Speaks. “How can we manage that soil, that farmland, with more climate positive practices, we can start sequestering carbon. Instead of looking at agriculture as an emitter, it’s a sequester.”

The work that farmers do to be more sustainable doesn’t happen overnight though. It’s a long process which takes years, and in some cases, decades to do. Srnic points out how agriculture in North America and many parts of the world has switched from an intensive tillage system to no or minimal tillage.

“Farmers I believe are inherently sustainably minded. And they are always looking for technology that can help them both increase their productivity while maintaining the sustainability on their farms,” she explains.

A lot of sustainable agriculture practices that are making headlines and companies are asking farmers they work with to use, such as regenerative agriculture, are already being used by them, Jill Wheeler, senior manager of public affairs for Truterra, has found.

“As we talk to growers and we start mentioning regenerative, they kind of look at us a little strangely at first, and then they start talking about what they’re doing. And absolutely it is what they’re doing,” explains Wheeler during Seed Speaks.

These changes haven’t just helped the land but have also increased production and reduced input use. Luis Ribera, a professor and director of the Center for North American Studies at Texas A&M University, says agriculture production has almost quadrupled while using two per cent fewer inputs since the 1950s, which has trickled down to help reduce costs for consumers.

“In the U.S. we have the most affordable food in the world, we spend only about 6.4 per cent of our disposable income on food or eating food at home. When you compare it to, let’s say, Nigeria, that’s about 60 per cent. So yes, we’re sustainable, and we’ve been improving, and we keep improving,” Ribera says during the Seed Speaks episode.

The Role of Seed Innovation in Sustainable Ag

New crop varieties have helped to make agriculture and farming more sustainable over the past decade. Srnic points out how corn yields in the United States have increased seven-fold, on average, since 1920.

“Human influence has played a big role on evolving the plants we eat, selecting them for what we like over the last 10,000 years. For about 9,900 of those years, we were just selecting them through basic visual selection without any knowledge of actually what’s going on, even before we understood what DNA and genes were,” Srnic explains.

New breeding technology holds the promise to increase productivity and sustainability efforts even more though. Srnic is excited about the possibility’s gene editing holds as it allows for subtle changes to be made to the genomes of crops.

“Gene editing enables us to help crops adapt to changing environmental conditions much more quickly than a traditional breeding program, making crops more productive and increasing the yield, again to try to hold our agricultural footprint firm and steady and not need to bring in more land. These genetic technologies, in my mind are game changers,” she says.

Find Out Why We Awarded These 3 Cutting-Edge Seed Technologies