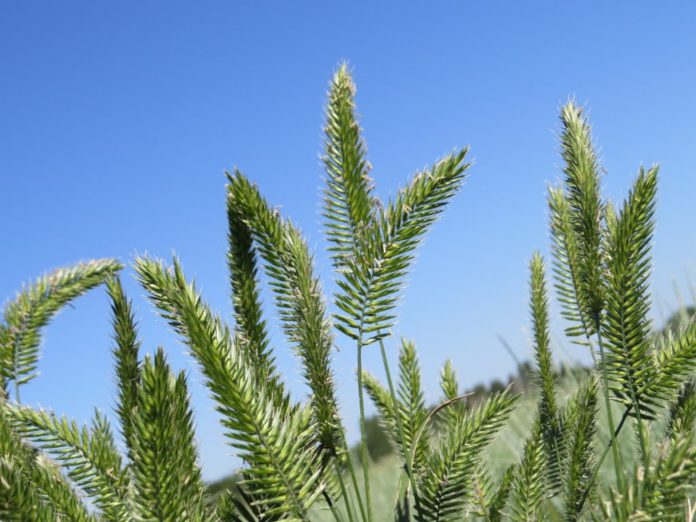 I grew up in Inner Mongolia on a livestock farm where my family still grows a lot of forages. When I came to Canada I did so with the intention of breeding forages. My mentor, Bruce Coulman, helped me realize my dream and just last year we were pleased to see our new hybrid bromegrass variety — AAC Torque — jointly released by the Crop Development Centre and AAFC Saskatoon research Center.

AAC Torque was one of the first cultivars I got to work on when I became a forage breeder in Canada. I recently marked my sixth anniversary as a breeder at the Crop Development Centre. Our forage breeding program goes back to 1922, when it was established by the University of Saskatchewan’s Field Husbandry Department. It was transferred to AAFC’s Saskatchewan Research Centre, before being transferred back to USask 15 years ago where it is now part of the CDC.

That’s almost 100 years of history. Forages have stood the test of time despite not being considered cash crops. This program is very critical to western Canadian forage and the livestock industry. Almost all Canadian bromegrass, crested wheatgrass, intermediate wheatgrass varieties are from our program.

Our breeding program continues to make a name for itself as the need for salt tolerant crops becomes more important. As weather extremes become more common, growers in many locations are looking for options as they deal with high soil salinity.

Our breeding program is currently working to create salt tolerant forage grasses like a hybrid wheatgrass we are currently developing. A new variety will be coming in the next few years.

A healthy forage breeding community is also correlated with a healthy livestock industry, as quality forages lead to healthier livestock and better animal-based products that become sought after on the world market.

Forages will only become more important as time goes on. Despite there being only a handful of publicly funded forage breeders in Canada, I believe some of the best is yet to come from our program and the wider forage breeding community in general.

Bill Biligetuhttp://agbio.usask.ca/cdc
Forage Breeder, Crop Development Centre - Bill Biligetu, is an Associate Professor and Forage Breeding Research Chair at the University of Saskatchewan. In the relatively short time that he has occupied the position Dr. Biligetu has embarked on an ambitious breeding program that not only explores new types of forages, but also seeks to improve a broad range of existing species including alfalfa, sainfoin, crested wheatgrass, hybrid bromegrass, and several other legume and grass species.
Tweets by GerminationMag