You Need to Read This Now! 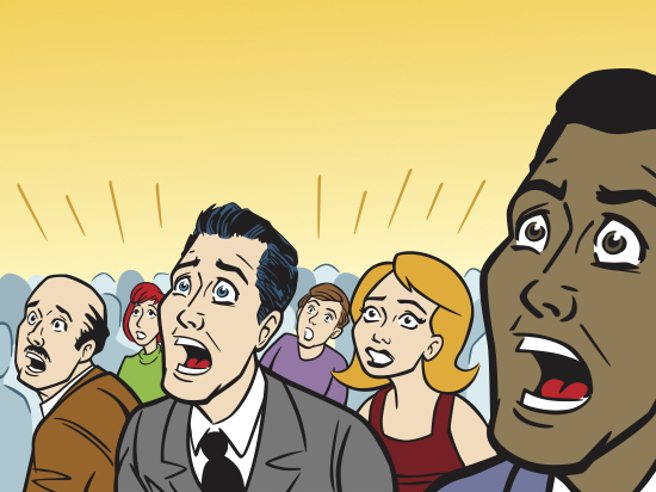 Marc Zienkiewiczhttps://issuesink.com/team/marc-zienkiewicz/
Create by Issues Ink - Marc spent a decade working as a reporter, photographer, and finally managing editor for Canada’s largest newspaper chain. He graduated from both the University of Winnipeg and Red River College communications programs, and over the years has received numerous Manitoba Community Newspapers Association awards for his writing and photography. He brings his love of writing, editing and constant learning to his role at Issues Ink.

Did that headline catch your attention? Good. Now bear with me.

“Information has become a form of garbage, not only incapable of answering the most fundamental human questions but barely useful in providing coherent direction to the solution of even mundane problems.”

The late media critic Neil Postman said that. He argued that as technology advances, we become overwhelmed with an increasing amount of information.

Postman published those words in 1992, a couple of years before people began hearing about a new thing called the Web.

He had a good point. The longer humans are around for, the more information we create. It can indeed become overwhelming if you don’t filter it, especially when it comes to social media.

That filtering process means that it’s more important than ever to know how to get your content recognized. People scroll through their newsfeed quickly, and if what you’re putting out there doesn’t catch their attention, they simply won’t read it. So how do you capture that attention?

Here are a few strategies that work for me.

Use a provocative image. This is easier than it sounds. The image you choose doesn’t have to be anything fancy. Even putting a simple coloured filter on an otherwise average photo can spice things up and catch the eye.

Make sure your headline isn’t self-evident. Yes, innovation is important. Technology is getting more advanced. People have concerns. Don’t tell people something they already know. Tell them WHAT innovations are needed. How is a technology advancing? Why are people concerned about that thing? In other words, make your content useful to them.

Make your content special. Special how? Make it something people can’t get anywhere else. That might sound hard to accomplish, but it’s easier than you think. You are unique and have the ability to put your own unique spin on the content you produce. Think of what makes you special and put that into your content.

The American Seed Trade Association’s outgoing chair talks about challenges and successes during the organization’s most challenging time in recent memory. Wayne Gale has been...
Read more
Industry News

A biofungicide has received the first approval for indoor and outdoor use on cannabis and hemp in Canada. Marrone Bio Innovations (MBI) announced that REGALIA...
Read more
Podcasts

Pitura Seeds is Holding its Own Version of the 2020 Olympics

The 2020 Summer Olympics in Tokyo, Japan, may have been postponed until next year, but Tom Greaves and staff at Manitoba's Pitura Seeds have decided to hold their own version over the next several weeks as a way to raise money for charity and boost morale.
Read more
Tweets by GerminationMag